Marcos for security dialogue with US, 3 other countries | Inquirer News

Marcos supports security dialogue with US, 3 other countries 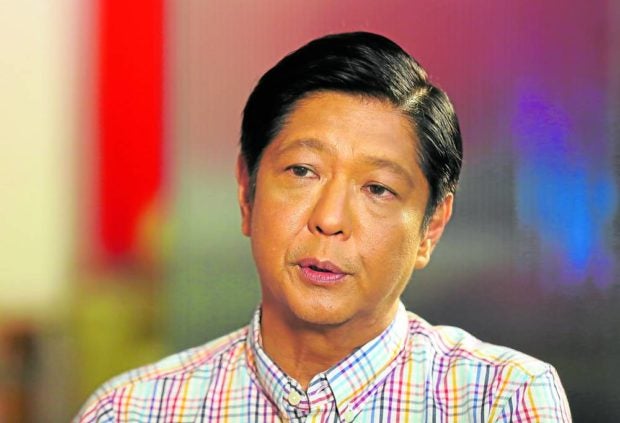 MANILA, Philippines — Presidential candidate Ferdinand Marcos Jr. said he favored entering into security dialogues or agreements with other countries as long as these clearly benefit the Philippines, and underscored the importance of the country’s alliance with the United States.

Marcos made the statement when asked during the SMNI debate on Tuesday night about whether he would make the Philippines a member of the Quadrilateral Security Dialogue [Quad], which is composed of the US, India, Australia and Japan.

Marcos said he didn’t think the concept of nations carving out their own spheres of influence applies to the geopolitics of the modern world.

He also said his rejection of the spheres of influence concept would not mean that he would ditch the 1951 Philippines-US Mutual Defense Treaty.

“Our special relationship with the United States is not something that we can be cavalier about. It is a very important one and it has stood us in good stead for over a hundred years. That, I think, will never disappear from the Philippine psyche, the idea and the memory of what the United States did for us and fought with us in the last war,” he said.

This is a specific part of the country’s foreign policy, he said.

Another presidential candidate, Norberto Gonzales, said it was important for the Philippines to be part of arrangements like the Quad.

“We are facing problems in the world, so if there are arrangements like that, we should enter into it,” the former defense secretary said.

Former Foreign Undersecretary Ernesto Abella said the Philippines should retain an independent foreign policy and should be able to “dance between two great powers.”

“We can maintain relationships with them, but not to join because we need to be able to maintain that specific independent stance,” he said.

When panelist Clarita Carlos, a retired political science professor from the University of the Philippines, asked if this meant sitting on the fence, Abella said what he was saying was that the Philippines should be making its own decisions without undue influence from anyone.

Marcos Jr. says will not ask US for help in PH’s territorial dispute with China