MANILA, Philippines — “You have done good in your post and the Filipinos will never forget that,” President Rodrigo Duterte, speaking in a mix of English and Filipino, told Health Secretary Francisco Duque III on Monday during his weekly taped “Talk to the People” briefing.

“It’s a sacrifice really for you, to continue doing it, and I had to ask you several times to stay on the job because we need you,” Duterte added.

Critics — including some lawmakers — had previously called on Duque to resign from his post, mainly for two things:

In August 2021, during the height of the resignation calls, Duque said he had no problem with resigning from his post but said that he was “requested not to.”

On several occasions, Duterte had publicly defended Duque, even saying that he would reject Duque’s resignation as the health secretary had done “nothing wrong.” 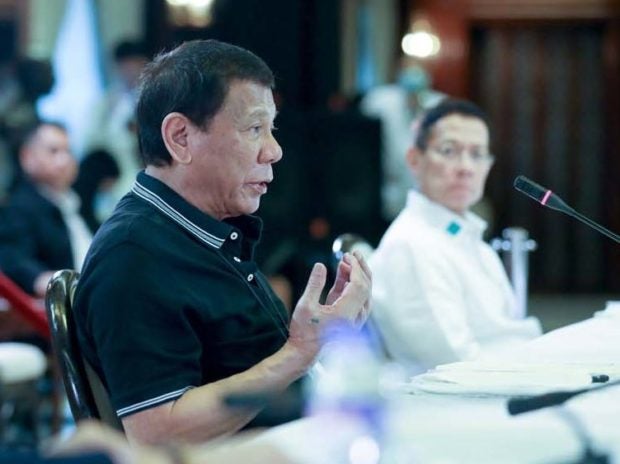 Calls mount for Duque to resign

Duque: ‘I have no problem resigning, but I was requested not to’

Duterte won’t accept it if Duque resigns: He did ‘nothing wrong’