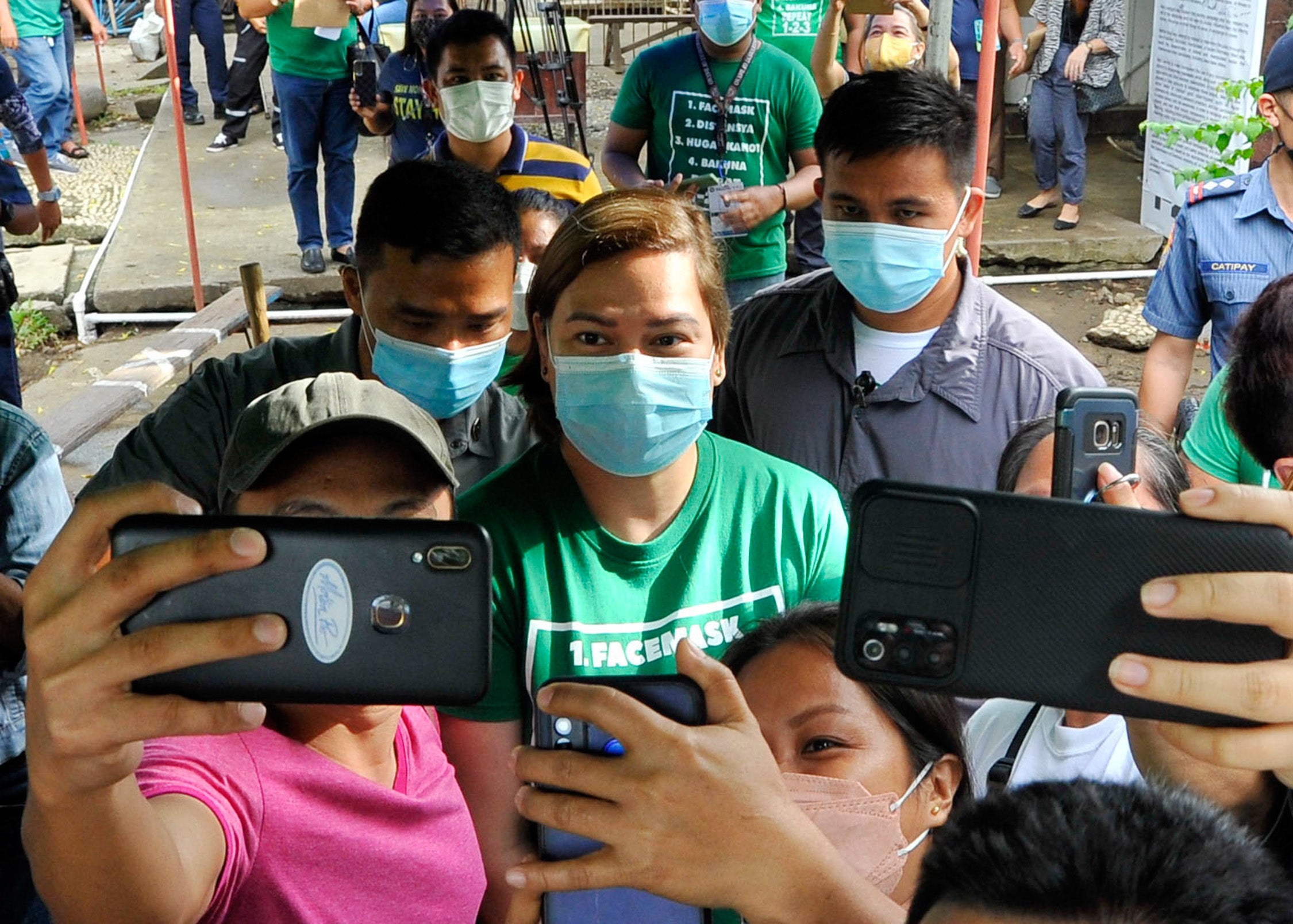 Pulse Asia, in a survey conducted from January 19-24, said Duterte-Carpio is the top choice for vice president by 50 percent of the respondents with 29 percent choosing Sotto. 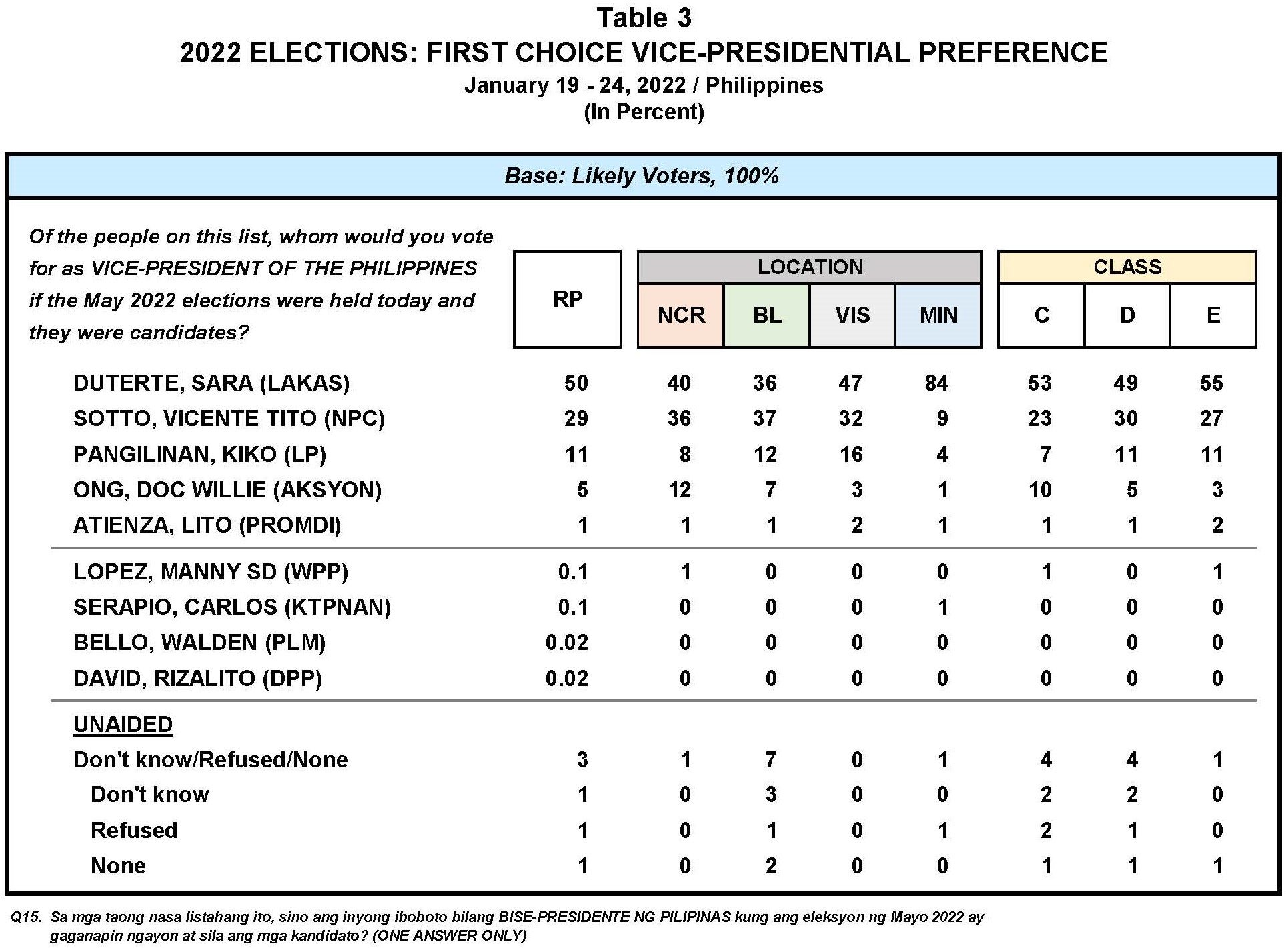 “Half of the country’s likely voters are inclined to elect Davao City Mayor Sara Duterte as the successor of Vice-President Maria Leonor G. Robredo,” Pulse Asia said in a statement.

Meanwhile, Kiko Pangilinan ranks third at 11 percent, followed by Doc Willie Ong at 5 percent, and Lito Atienza who got 1 percent.

Pulse Asia’s survey had 2,400 representative adults who are 18 years old and above. The survey has  a ± 2 percent margin of error at the 95 percent confidence level.