US embassy 'dismayed' over violence against journalists in Mexico | Inquirer News

US embassy ‘dismayed’ over violence against journalists in Mexico 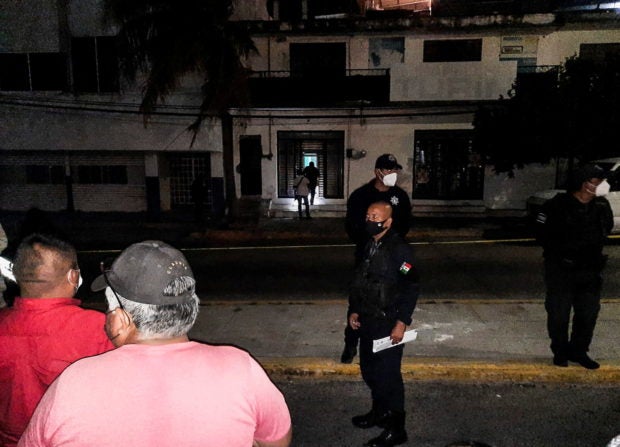 FILE PHOTO: Police officers guard the perimeter of a scene where Heber Lopez, an independent journalist who ran NoticiasWeb, was shot and killed at his recording studio, in Salina Cruz, in Oaxaca state, Mexico February 10, 2022. REUTERS/Stringer

MEXICO CITY — The U.S. government on Saturday expressed concern over continued violence against journalists in Mexico, two days after the latest killing of a reporter.

“We’re dismayed by the situation journalists are facing in Mexico,” the U.S. embassy in Mexico said on Twitter, calling the fatal shooting in southern Mexico of journalist Heber Lopez, which was announced Thursday, a “loathsome” act.

The killing was the latest in what has been one of the most violent periods in recent Mexican history for media workers.

The embassy said a thorough investigation to catch those responsible was “essential.”

Mexican President Andres Manuel Lopez Obrador on Friday condemned Lopez’s killing and said there would be “no impunity” for the perpetrators. His government said two suspects had been arrested, and vowed to get to the bottom of the case.

Still, at the same news conference Lopez Obrador named the salary of a journalist who has been critical of his government.

Lopez Obrador has in recent days verbally pilloried Carlos Loret de Mola since the prominent broadcaster and another news outlet published a report that detailed the apparently expensive lifestyle enjoyed by one of the president’s sons in Texas.

On Friday, the president gave details of what he said Loret earned in 2021, referring to the journalist as “corrupt” and “mercenary,” among other negative descriptions.

Loret hit back, accusing the president of going after him for raising questions about the son’s income, and saying the salary claims were wrong, and had put him in danger.

The Mexican institute in charge of data protection later said it would be alert to any complaint filed that argued the revelations constituted a breach of Loret’s rights.

At least five journalists or media workers have been killed this year in Mexico, one of the world’s most dangerous countries for the profession, according to the Committee to Protect Journalists.