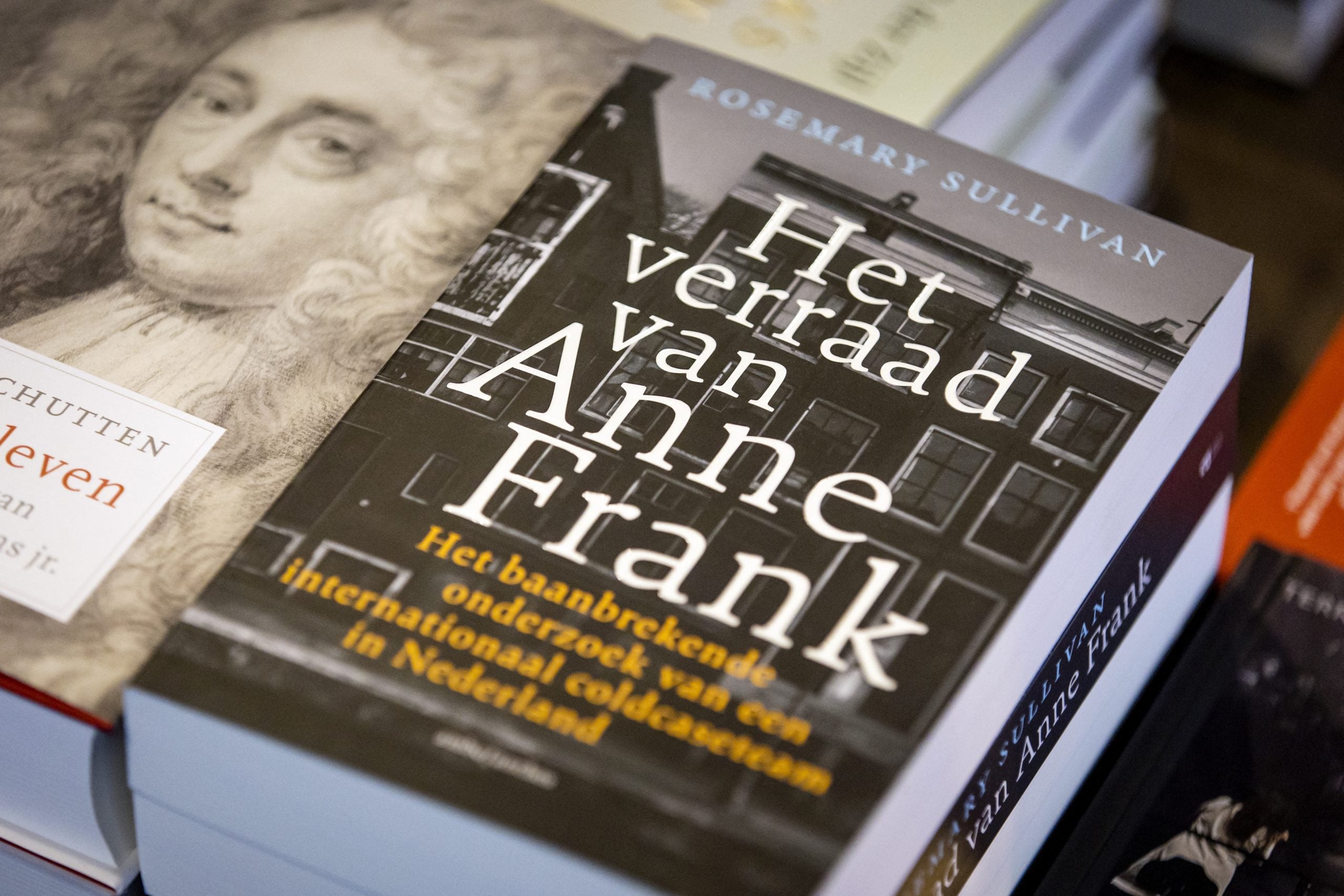 Copies of the Dutch edition of Canadian author Rosemary Sullivan’s “The Betrayal of Anne Frank” are on display in a bookshop in The Hague on February 2, 2022. (Photo by Sem van der Wal / ANP / AFP)

THE HAGUE, Netherlands — It was meant to put one of World War II’s greatest mysteries to rest, but instead a new book about young diarist Anne Frank has stirred up ghosts from the past.

A heated debate has erupted over “The Betrayal of Anne Frank” by Canadian author Rosemary Sullivan after it named a Jewish notary as the prime suspect in giving up Anne and her family.

Dutch historians and Jewish groups have criticized the “sensationalist” book, the result of a six-year cold case investigation, while its local publisher has halted further reprints.

But the former FBI agent who led the probe, Vince Pankoke, angrily hit back this week alleging that the “venomous attack” may have been motivated by the book’s controversial conclusion that a Jew was responsible.

The book caused an international storm when it was published on January 18 with its claims about the betrayal of Frank, a Jewish teen whose diary was published after her death in the Bergen-Belsen concentration camp in 1945.

It identified Amsterdam notary Arnold van den Bergh, a Jew, as “most likely” the man who in 1944 gave up the location of the canal side annex where Frank penned her diary during two years in hiding, most likely to save his own family from the Nazis.

Researchers said they used modern criminal investigative techniques, complex algorithms and witness statements — and most tellingly a note given to Anne’s father Otto shortly after the war which named Van den Bergh.

But there was a fierce reaction in the Netherlands, which is still haunted by guilt over the deportation of more than 100,000 Jews during the war.

“There is no smoking gun or hard evidence. The findings are… mainly based on one note, written after the war,” CJO chairman Ronny Naftaniel told AFP.

Van den Bergh died in 1950 and “cannot defend himself”, Naftaniel said, adding that the investigation “would never stand up in a court of law”.

Jewish organizations in the Netherlands have asked that the book be removed from local shelves, and the Swiss-based Anne Frank Fonds foundation president John Goldsmith told Swiss daily Blick the findings “bordered on a conspiracy theory.”

The book’s Dutch publisher Ambo Anthos last week said it was putting all reprints on ice and apologized “for not adopting a more critical stance,” local media reported.

The publisher did not respond to a query from AFP.

“Although the research is impressive, the story simply has too many loose ends,” Johannes Houwink Ten Cate, professor of genocide and holocaust studies at the University of Amsterdam, told AFP.

Documents showed Van den Bergh and his family went underground by the beginning of 1944, months before the Nazis arrested the Franks, said Ten Cate.

“Why would Van den Bergh later risk giving up his own hiding place? It’s beyond belief.”

But those behind the book, published internationally by Harper Collins, struck back this week.

Author Sullivan said in a statement on Monday that the probe was “professional” and “thorough”, adding that the book was a “compelling portrait” of a time when people faced impossible choices to save their families.

Pankoke meanwhile insisted that his team’s theory remained the most plausible, in a statement on Wednesday.

“I was shocked at the disparaging remarks put forth by critics of our investigation,” he said, adding that it was “now time for me to respond and set the record straight.

“At least in our theory, there is a pattern of evidence, backed by witness statements, and a copy of a piece of physical evidence presented… by Otto Frank himself,” said Pankoke.

One of the main reasons for the furor was the contention that “Jews were forced to turn against one another”, along with a misunderstanding about how criminal investigations are conducted, he said.

But he too stressed that by identifying a suspect, they were not necessarily condemning him.

“Our message from the very beginning of our investigation was, and always will be, had it not been for the Nazi occupiers, none of this would have happened,” Pankoke said.