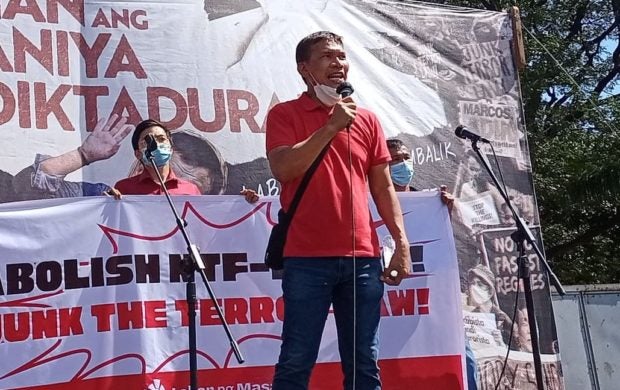 MANILA, Philippines — Labor leader Leody De Guzman, who is running for president in the May polls, said Thursday that he will push to increase the daily minimum wage nationwide to P750.

After this, he said he will increase the daily minimum wage to P750 nationwide.

(My immediate plan is to increase the salary of workers in the provinces and have it at par with Metro Manila. Then later, we will increase this to P750 across the board nationwide.)

(In that way, our workers’ lives can improve even a bit.)

On contractualization and importation

While the labor leader acknowledged that there are some sectors where a contractual setup can be done, this should not be the general policy of the government.

(Contractualization should not be the general policy of the government to the point that almost 80 to 85 percent of our workers are contractual.)

(The policy should be regularization similar to the post-Second World War times up to the half of the term of President Marcos. We should implement that so that we can give dignity to our workers.)

De Guzman likewise said that the government should not be importation-dependent with its policies. He said that if elected, he will focus on improving the agriculture sector.

Focusing on the agriculture sector will lead to improved food security and food sovereignty, he noted.

(We should stop our policy of being import-dependent and export-oriented because we are at a loss. We export and earn low, then we import at a higher price.)

Leody de Guzman pushes for government and economy of the masses