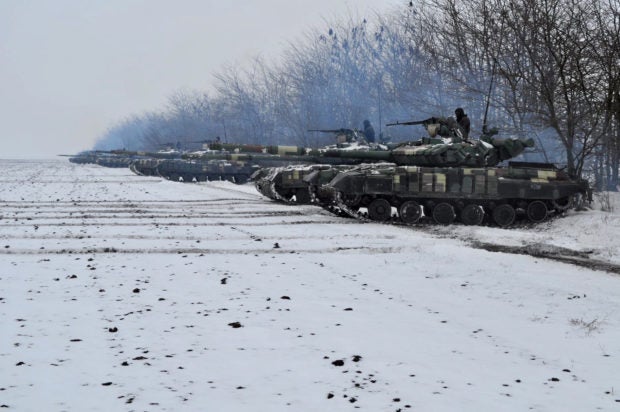 Washington, United States — Russia continues to build up its forces along the border with Ukraine and has now deployed “north of 100,000” troops, the Pentagon said Wednesday.

“We have continued to see even over the last 24 hours additional capabilities flow from elsewhere in Russia to that border with Ukraine and Belarus,” Pentagon spokesman John Kirby said.

“We’re not going to get into providing specific numbers but the numbers continue to grow,” he said.

Referring to Russian leader Vladimir Putin, Kirby said “we maintain that he’s north of 100,000 for sure.”

“And he continues to add to that capability,” he said. “We also see indications that additional battalion tactical groups are on their way.

“And he could easily re-stabilize by moving these forces back home, and by committing to a diplomatic path forward.”

Kirby’s comments came as the White House said President Joe Biden got a debriefing from his French counterpart Emmanuel Macron about meetings this week with the leaders of Russia and Ukraine.

Macron met with Putin and Ukrainian President Volodymyr Zelensky this week in a bid to find a diplomatic path out of the crisis sparked by Russia’s positioning of a large military force on Ukraine’s border while demanding that the ex-Soviet republic never be allowed to join the Western NATO alliance.

Both French and Russian officials have made cautiously optimistic statements since then, although the Kremlin has sent mixed signals and continues the build-up of forces on Ukraine’s sea and land borders.

US deploys 3,000 troops in Ukraine standoff