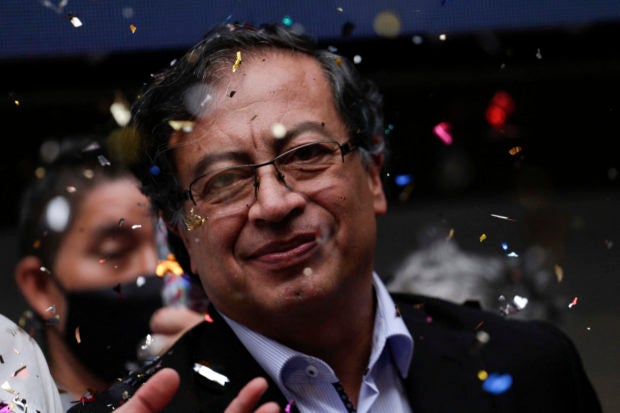 In this file photo taken on January 21, 2022 Colombian Senator and opposition leader Gustavo Petro smiles after registering as a presidential candidate for his political party for a primary election to be held in March, in Bogota. AFP

BOGOTA — The front-runner in Colombia’s May presidential election apologized on Tuesday for a speech he gave the day before while under the influence of alcohol, which drew criticism and jeers from his opponents.

Gustavo Petro admitted he had been tired and jet-lagged after a trip to Europe the week before and “did not handle well alcohol consumed in private before the meeting in Girardot,” a city 80 kilometers (50 miles) southwest of the capital Bogota.

“I apologize to those who attended the event, a commitment I promised to honor despite my fatigue,” Petro said on Twitter.

In the video of his speech, which was widely shared on Colombian social media, the senator, who was once a member of a far-left guerrilla group, proclaims: “May the red flags be raised again, may this city be called the red capital of Colombia again!”

He went on to attack local voters who supported the right-wing ex-president Alvaro Uribe and then the current conservative head of state Ivan Duque.

His opposition were quick to pile on.

“Some politicians get drunk on power, others seem to have already done so… Can you imagine what Petro Gustavo would be like as president?” quipped right-wing candidate and Uribe loyalist Oscar Ivan Zuluaga on Twitter.

“They say the drunks are telling the truth… There are doubts about what would happen in Colombia if he were to win,” said far-right senator Maria Fernanda Cabal.

Petro, 61, is currently leading the polls for the presidential election in Colombia, historically ruled by the right.

The first round will take place on May 29.