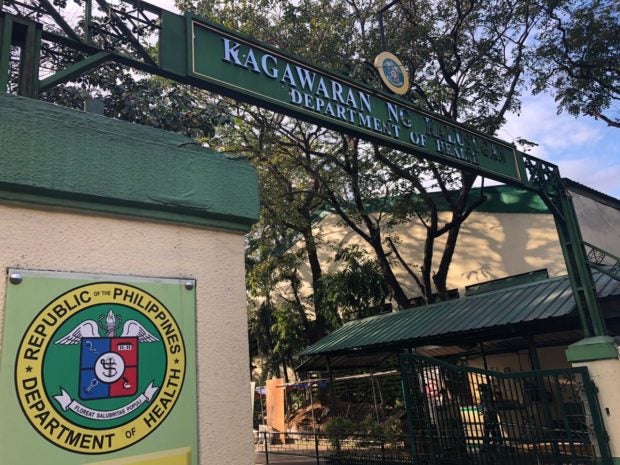 MANILA, Philippines — The Department of Health (DOH) on Tuesday reported the lowest daily COVID-19 infections so far this year – a total of 3,574.

Independent pandemic monitor OCTA Research group said that if the trend continues, the National Capital Region (NCR) could have less than 200 new cases a day by the end of the month.

He said Metro Manila’s positivity rate, or the number of individuals who yielded positive results from among those tested for the coronavirus, had declined to 9.6 percent from 13.4 percent the previous week.

“The last time the NCR had less than 10-percent positivity rate was on Dec. 30, 2021, around the start of the surge,” David said in a post on Twitter.

The World Health Organization’s benchmark positivity rate of below 5 percent, sustained for two weeks, indicates that virus transmission is under control.

The region’s average daily attack rate (Adar) or incidence rate has also decreased to 8.93 cases per 100,000 population from 19.58 the previous week, he noted.

The reproduction number or infection rate further dropped to 0.30 from 0.41, while healthcare utilization decreased to 32 percent from 38 percent.

According to Health Undersecretary Maria Rosario Vergeire, the country is classified under moderate risk for COVID-19 with an Adar of 11.35 per 100,000 population.

She said that while the national average of daily cases was lower by 52 percent than the previous week, four regions in Mindanao—Zamboanga Peninsula, Northern Mindanao, Davao Region and Soccsksargen—were still classified as high risk for COVID-19 transmission.

“[T]hat’s what I was explaining, it’s difficult to say that we’re already at the tail end of the pandemic because there are still other regions with this kind of risk classification,” she pointed out.

The COVID-19 tally on Tuesday did not include figures from six laboratories that failed to submit data to the COVID-19 Document Repository System, the DOH said.

Health Secretary Francisco Duque III noted that the number of people dying from Omicron was low compared to those infected with other COVID-19 variants.

He said that only 0.33 percent of those hit with Omicron had died and just 0.22 percent were severe and critical cases, although he pointed out that the number of vaccinated people in the country has increased when this variant came in.

Duque noted that the number of inoculated individuals in the country was still low when the Alpha, Beta and Delta variants came in, with the vaccination rate increasing sometime around September and the country’s vaccine supply stabilizing around October.

“So it is also possible that our higher vaccine trajectory [is] one of the reasons why we are getting much lower case fatality rates for Omicron and also our severe and critical cases,” he said in a meeting with the President in Malacanang.

He added that among the COVID-19 deaths, 93 percent were unvaccinated and 85 percent of those with severe and critical symptoms had not been inoculated as well.