Duterte: All my bags are packed, I’m ready to go | Inquirer News

Duterte: All my bags are packed, I’m ready to go 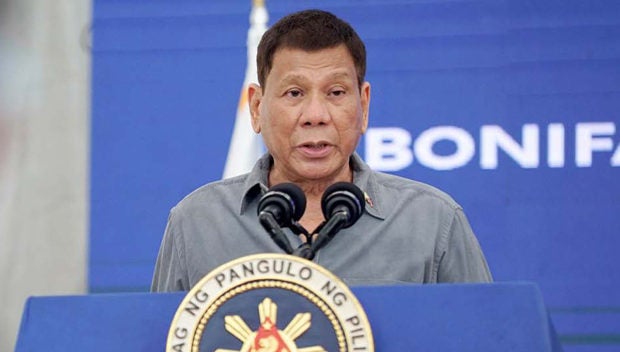 MANILA, Philippines — President Rodrigo Duterte on Monday said he has begun packing up his things in Malacañang and was looking forward to turning over the leadership of the country to his successor in June.

“In about three months, there will be nothing left [of my things]. I’m already packing. Others I sent through cargo ship [to Davao City]. The small things, the tokens, the bronze ones, will be for later. I prioritized the heavy ones,” the President said in his “Talk to the People” public address in Malacañang aired on state television.

“I await the day of turnover, I will also experience the feeling of an outgoing President. I will be the one to meet the new president. Then I will invite him [or her] here for a tête-à-tête, and then that’s it, when I go out of the front gate, there’s nothing more,” he said.

He said the soldiers at the Palace gate would not be required to salute him anymore “because you are nobody,” adding, “That’s how it is in our practice, in our government, in our democracy.”

He said he plans to have all his “excess” belongings out by March and that he also won’t be sleeping in Malacañang anymore.

He said he would only be going to the Palace for his daily duties and “what’s left of the things that we have to work on.”

“I will make a speech one of these days thanking the people for the distinct honor of giving me the position as President. Never in my life did I — even during the time I filed my certificate, I really do not know what prompted me to do it knowing that I didn’t have the resources,” he said.

Duterte, who has earlier said he would be returning to his home in Davao after stepping down, also disclosed plans about acquiring a house in Metro Manila.

He said that since he had no close relatives in Metro Manila to live with, he and his common-law wife were planning to buy a small condominium unit where they can stay after his retirement.

“Wherever the Lord God takes me, I will already practice sleeping there,” he said.