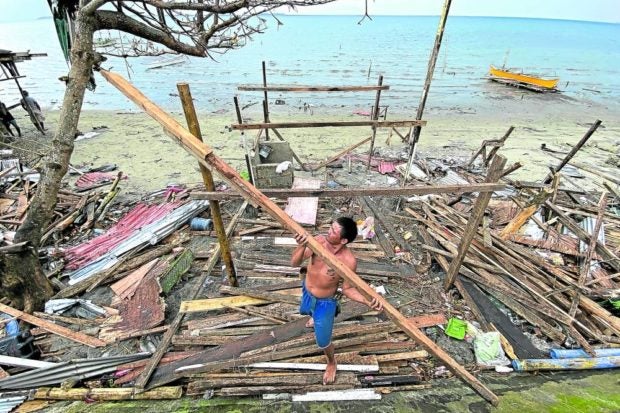 MANILA, Philipines — Nearly two months after Typhoon Odette (international name: Rai) battered the Visayas, Mindanao, and parts of Luzon, damage to agriculture and infrastructure has ballooned to over P47 billion.

On Monday, the National Disaster Risk Reduction and Management Council placed the damage to agriculture at P17.7 billion and damage to infrastructure at P29.3 billion.

In infrastructure, Caraga was the worst hit with P22.8 billion in damages while damage to infrastructure in Central Visayas was placed at P4.2 billion.

Power has been restored in 403 of 427 towns and cities but telecommunications remains unstable in 76 areas. Water supply has also been restored to 96 of 156 cities and municipalities.

READ: UN: PH resilience on the line without more aid for Odette survivors