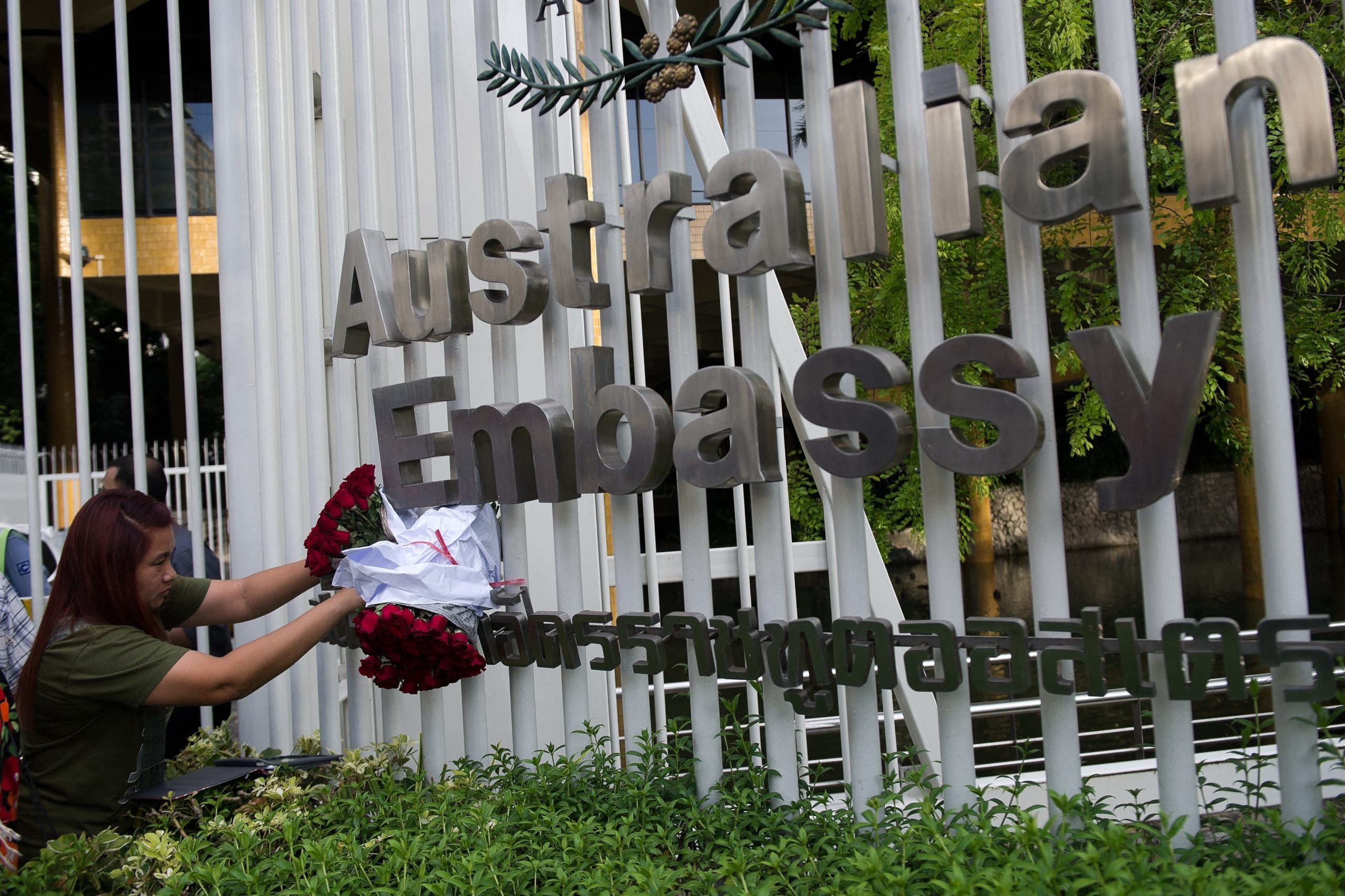 (FILE) A woman attaches flowers to a gate during a gathering outside the Australian embassy on June 4, 2014 in Bangkok. (Photo by NICOLAS ASFOURI / AFP)

BANGKOK — A former staffer at Australia’s embassy in Bangkok has been charged after spy cameras were found in women’s bathrooms at the mission, a Canberra official said Saturday.

“The welfare and privacy of all staff remains a priority for the department and we continue to provide appropriate support,” a department spokesman said in a statement to AFP.

The spokesman declined to comment further on the ongoing legal matter.

Khemmarin Hassiri, commander of the foreign affairs division of the Royal Thai Police, said the Australian embassy filed a complaint against a man on January 6. Thai police said the investigation was ongoing.

It is unclear how long the cameras had been in the bathrooms, with the matter only coming to light after a camera SD card was found on a bathroom floor last year, according to a report by ABC Australia.

The suspect has been released on bail.

“If security was lax enough to allow devices like cameras to be installed anywhere within a secure area, it suggests it’s not tight enough to keep the embassy secure,” said Hugh White, emeritus professor of strategic studies at the Australian National University.