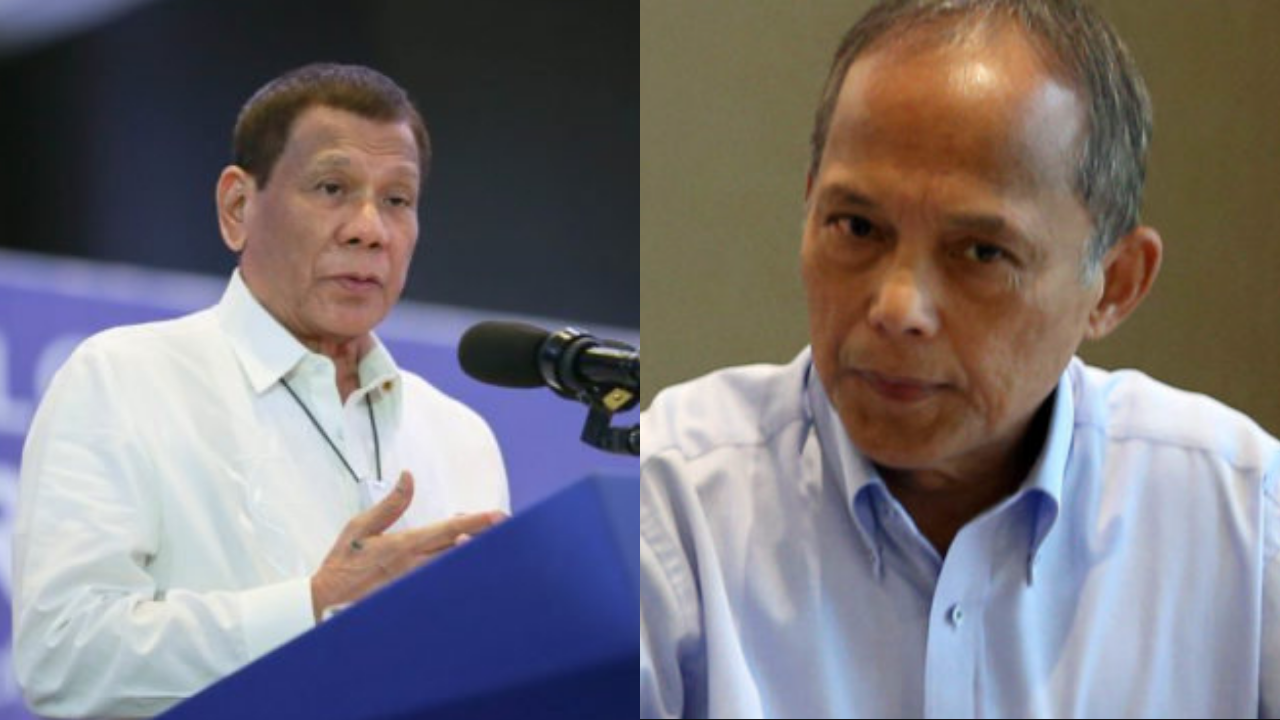 Sen. Sherwin Gatchalian on Friday handed over to the Office of the Ombudsman a Senate resolution recommending the criminal prosecution of Energy Secretary Alfonso Cusi and his subordinates for the allegedly irregular sale of a 45-percent stake in the Malampaya gas project to a company owned by a friend of President Duterte.

The President immediately came to Cusi’s defense and crushed any expectation that his energy chief would be sacked.

He expressed “grave concern” over “an apparent effort at the Senate to put in bad light” the sale of Malampaya shares.

“Let me reiterate: Energy Secretary Cusi has my full trust and confidence and shall remain at the helm of the department he heads,” Duterte said in a statement.

It was the first time that Duterte has personally commented on the Malampaya issue since the Senate began hearings on the Chevron sale in November 2020.

Gatchalian, the Senate energy panel chair, accompanied servers who transmitted the resolution to the Ombudsman, along with his own report and other documents involving the approval by the Department of Energy (DOE) of the sale by Chevron Corp. of its share in the Malampaya gas-to-power project to UC Malampaya, a subsidiary of Davao-based tycoon Dennis Uy’s Udenna Corp.

The resolution, approved by 18 senators, was an offshoot of a privileged speech delivered by Gatchalian on Wednesday, which capped his committee’s investigation of the Chevron-UC Malampaya deal.

The energy chief and his officials allegedly committed gross neglect of duty and grave misconduct in violation of the Administrative Code of 1987 and the Anti-Graft and Corrupt Practices Act when they approved the transaction.

According to Gatchalian, the deal was made “despite the lack of financial qualification of UC Malampaya, its noncompliance with the required documents … and the violation by the DOE of its own circular” that regulates such a transaction.

According to the DOE, Chevron’s share was acquired by UC Malampaya for $565 million. The two companies agreed on the sale in 2019 and this was approved by the DOE early last year.

Shell Philippines Exploration (SPEx), the other major shareholder, announced in May 2021 that it had signed an agreement with Malampaya Energy XP Pte. Ltd., another Udenna subsidiary, on the sale of its 45-percent shareholding for at least $380 million.

But in December, the state-owned PNOC Exploration Corp., which holds the remaining 10-percent stake in the project, withheld consent to the sale, halting it.

Udenna, through its subsidiaries, would own a controlling 90-percent stake in the project if the SPEx sale pushed through.

In a statement on Friday, Cusi said he was “elated” that the Malampaya deal was brought to the “proper legal forum” as the Senate hearings were dictated by “innuendos, speculation and hearsay propagated by certain business interests.”

“I find it unfortunate that the Malampaya issue has been politicized by those whose business interests must have been put in jeopardy as I stayed on course and performed my duties as energy secretary,” Cusi said without elaborating.

He said the Senate investigation was intended to force him out of the DOE in order to “frustrate and invalidate what are legally binding transactions” involving shares in Malampaya.

“Once again, for the record, I assure everyone that I am ready to face any and all charges brought against me in the proper forum. I am prepared to explain and prove that all of the actions of the Department of Energy regarding the sale and transfer of shares of Malampaya are legal, aboveboard, and in accordance with the powers and mandate of the department,” Cusi said.

In his statement, Duterte said his government valued the critical role and contribution of Malampaya to the country’s energy security.

“I will not allow this valuable resource to be jeopardized and embroiled in the political antics of some members of the Senate,” he said, adding that the report on the sale of Chevron’s share “convinced” him that it was a private transaction that protected the national interest and must be respected.

“I acknowledge the power of the Senate to conduct investigations in aid of legislation,” he said. “I believe this power must be exercised with prudence and circumspection, devoid of reckless accusations, and focused on improving existing laws and the execution thereof.”

Located off northwest Palawan, the Malampaya field fuels five power plants on Luzon Island with a combined capacity of 3,200 megawatts. The gas field’s reserves were expected to be commercially depleted by 2027.

Malampaya accounts for 20 percent of the country’s power supply and almost 30 percent in Luzon, serving 4 million households in Metro Manila.

Speaking to reporters on Friday, Gatchalian said it was clear that the DOE gave undue favor to a company that had no capacity to take on the gargantuan project and did not pass the agency’s own financial evaluation.

“Based on our investigation, [UC Malampaya] had a negative working capital, negative $137 million, which means Udenna has no money,” he said.

Undue favor“So why was it approved? It’s clear in the law that only companies with money, technical expertise and experience in this type of business should be qualified,” Gatchalian said.

He also noted that UC Malampaya failed to submit audited financial statements and particulars for financial resources available to the prospective transferee or assignee.

In a statement on Wednesday, Udenna insisted that the transaction with Chevron was a private sale of shares and “as such, (DOE) approval is not required.”

“To add, the Chevron transactions followed competitive bidding processes with rigorous due diligence conducted by Chevron, the international lenders involved and the other parties in the consortium,” it said.