Iraq struggles to make use of Saddam’s crumbling palaces 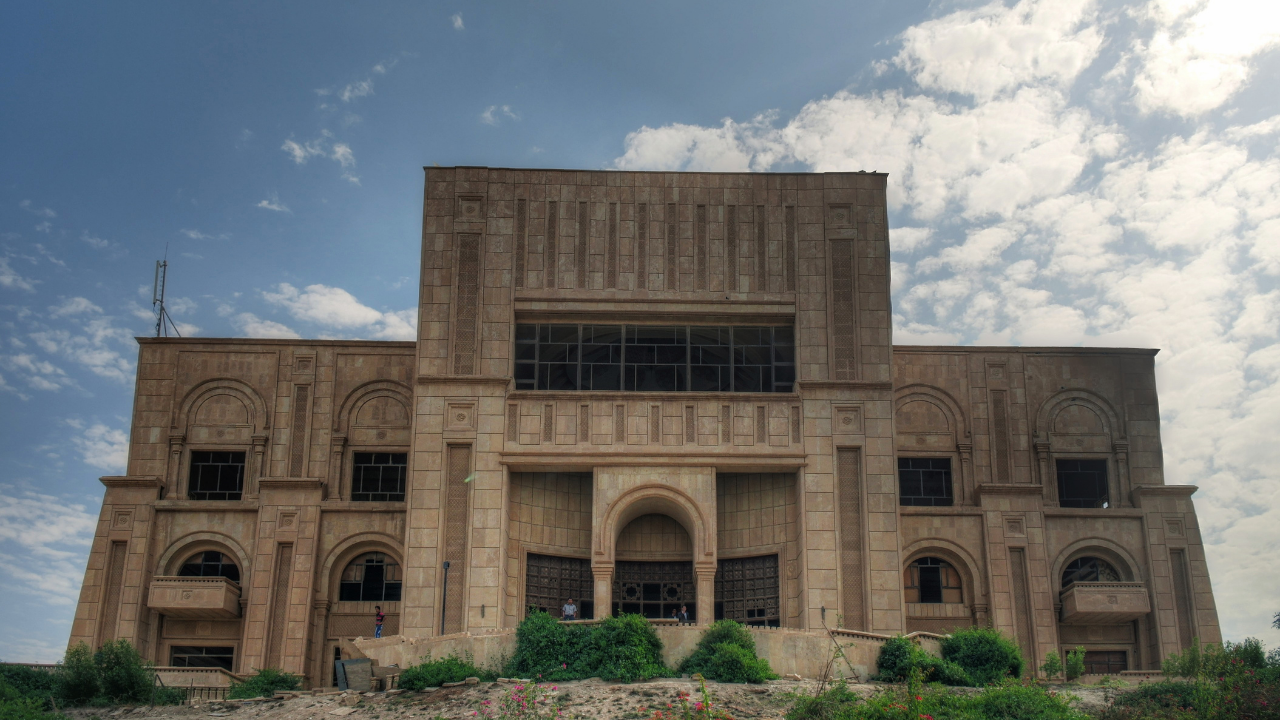 BAGHDAD — Scattered across Iraq lie more than 100 opulent palaces and villas built by former dictator Saddam Hussein — some in use, many in ruins like much of the war-scarred country.

With their marble columns, ornate carvings and gaudy furniture, they reflected the megalomania and delusions of grandeur of Saddam, who visited some of them only once or twice.

In his Babylon residence, the feared strongman’s profile is engraved in bas-relief like that of the Mesopotamian emperor he idolized, Chaldean dynasty king Nebuchadnezzar II.

In many places, the initials “S.H.” are still visible as reminders of the despot who was toppled by the 2003 US-led invasion, captured later that year and executed in 2006.

Most of his palaces were looted during the chaos of the invasion, when thieves scavenged all they could carry, even ripping electric cables out of walls.

Since then, only a handful of the palatial residences have been given a second lease of life, often as military bases or public administrations, more rarely as museums.

Most lie empty, in part because the cost of renovating them is prohibitive.

“We can turn palaces into museums, at least in Baghdad — a tapestry museum, for example, or on the royal family or Islamic art,” said Laith Majid Hussein, director of the Iraqi State Board of Antiquities and Heritage.

But he conceded that rehabilitating many of Iraq’s “gigantic castles” would require “astronomical sums”.

“Bureaucracy and corruption hinder the restoration of these palaces to turn them into tourist complexes or heritage centers,” he said.

Saddam, during his more than two decades in power in the oil-rich country, had many monuments and palaces built while cheerfully defying the Western embargo of the 1990s.

In the turmoil of war, many were damaged in fighting or used as bases by US and other foreign forces.

In Baghdad, three palaces now house the presidency and the prime minister’s offices.

The sumptuous Al-Faw complex — encircled by an artificial lake — has since 2021 housed the private American University, built by an Iraqi investor.

Al-Faw, situated near the airport for Saddam’s VIP guests, once served as an American base. Now its stone and marble buildings house auditoriums, amphitheaters and a food court.

The university’s president Michael Mulnix voiced pride about the project which saw “the palace of a former dictator and a fairly ruthless man” become an institution of higher learning.

While the main palace had survived relatively intact, he said, “all of the other buildings … were really destroyed.

“The windows were all broken out, there were birds flying around, snakes on the floor, literally. So it was very messed up. We had to go in and do substantial renovation.”

In the southern city of Basra, three palaces remain.

Two are used by the Hashed al-Shaabi, a pro-Iranian paramilitary alliance now integrated into the Iraqi regular forces.

The third has become a prestigious antiquities museum.

“We have managed to transform this symbol of dictatorship into a symbol of culture,” said Qahtan al-Obeid, the provincial head of antiquities and heritage.

‘In a deplorable state’

To date, he said, Basra is the only Iraqi province “to have transformed a palace into a heritage building”.

Iraq has a total of Saddam-era 166 residences, villas and other complexes, he added.

An architect from the former regime, also asking not to be named, said that since 2003, Iraqi governments had built little and proven unable “to match what Saddam erected”.

Majid Hussein said that in Babylon province, authorities plan to turn a palace overlooking the Unesco World Heritage site there into a museum.

The imposing palace sits atop a hill of the city whose history dates back 4,000 years.

After years of neglect the walls are covered in graffiti and chandeliers have been broken, but some outer buildings now house a hotel complex.

“When we first came in 2007, the site was in a deplorable state,” said its director, Abdel Satar Naji, who added that local authorities “have decided to turn it into a recreational centre”.

The Iraqi city known as the “city of palaces” was Tikrit, the despot’s home town northwest of Baghdad on the Tigris river.

The presidential complex boasted some 30 villas, but they too are now an abandoned memorial to excess.

One area there, however, does draw visitors — albeit for another, tragic reason that dates to the post-Saddam era.

It was here that Islamic State group jihadists in 2014 executed up to 1,700 air force cadets in what came to be known as the “Speicher massacre”.

Mourners now visit a memorial set up on site, on the bank of the Tigris which once carried away the bodies of the murdered young men.