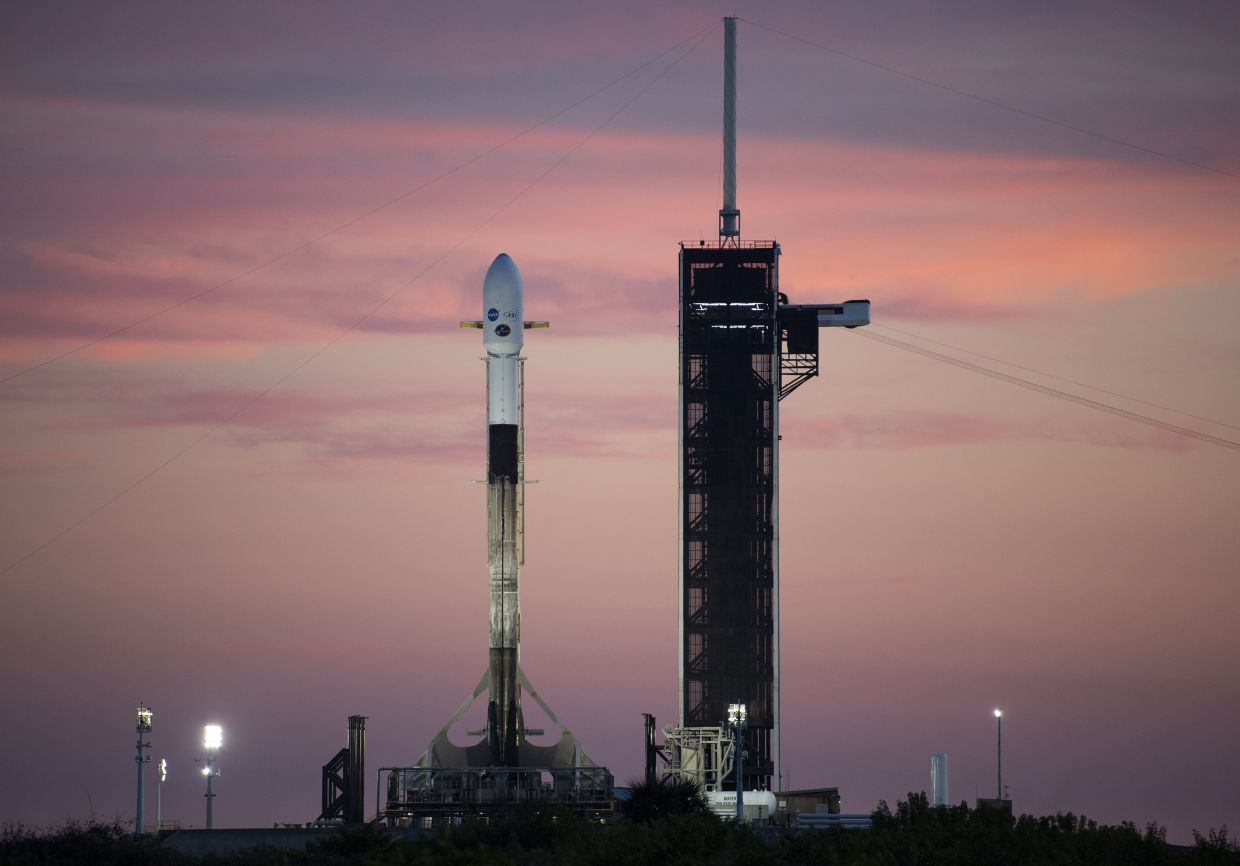 In this image provided by NASA, a SpaceX Falcon 9 rocket carrying NASA’s Imaging X-ray Polarimetry Explorer (IXPE) spacecraft is seen at sunset on the launch pad at Launch Complex 39A, Wednesday, Dec. 8, 2021, in Cape Canaveral, Fla. The IXPE spacecraft, scheduled to launch early Thursday, is the first satellite dedicated to measuring the polarization of X-rays from a variety of cosmic sources, such as black holes and neutron stars. (Joel Kowsky/NASA via AP)

WASHINGTON — A US intelligence agency said Wednesday that its newest spy satellite successfully launched into orbit atop a reusable SpaceX Falcon 9 rocket.

The rocket took off at 12:27 pm local time (2027 GMT) from the Vandenberg Air Force base in California, the National Reconnaissance Office (NRO), which is in charge of the US Space Force, said in a statement.

After releasing the satellite, dubbed NROL-87, into orbit, the Falcon 9 rocket then landed back at the base, the agency said.

“NROL-87 is designed, built, and operated by the NRO to support its overhead reconnaissance mission,” the statement said.

The NRO gave few other details about the satellite but said it will “provide a wide-range of timely intelligence information.”

The NRO, a division of the US Defense Department, operates a large network of surveillance satellites, and is headquartered near Washington, in northern Virginia.

NROL-87, the first satellite launched by the NRO in 2022, is the third time the agency has used a Falcon 9 rocket.

The NRO has launched 16 other satellites over the past two years.