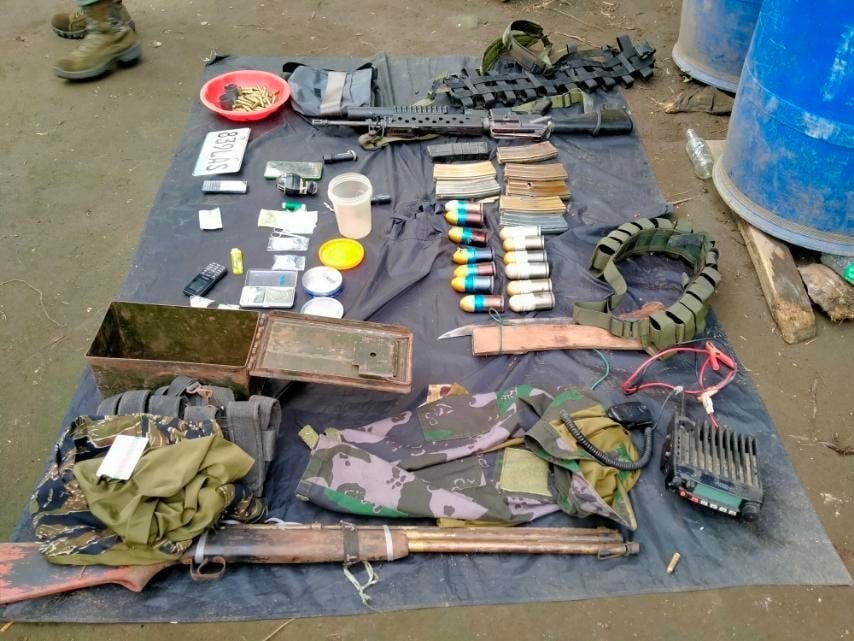 CAMP SIONGCO, Maguindanao — Military authorities here announced the death of a follower of the Maute terror group during an encounter with elements of the 1st Marine Brigade in Lanao del Sur Wednesday.

Brig. Gen. Jonas Lumawag, 1st Marine Brigade commander, said the soldiers were conducting focused military operations against the group of Polo Alim, a member of Daulah Islamiyah (DI)-Maute group, when gunmen started firing at them in Barangay Lumbac, Balabagan town at past 9 a.m., triggering a firefight.

“The firefight lasted for about 10 minutes resulting in the death of one unidentified DI member and the recovery of one firearm,”  Lumawag said in a statement Wednesday afternoon.

Other gunmen fled into the forest, he added.

The soldiers were to serve a warrant against Alim when the firefight erupted. No one was hurt among government troops.

After the brief clash, soldiers found one M16 rifle with M203, a hand grenade, one cellphone, undetermined quantity of illegal drugs, and assorted drug paraphernalia.

Major General Juvymax Uy, 6th Infantry Division commander, lauded the Marines for the neutralization of the remnant of the Maute terror group which joined forces with Abu Sayyaf gunmen in laying siege on Marawi City in 2017.

Uy said the Army will continue to support other law enforcement agencies to curb lawlessness and criminality in the region even as he also urged the armed men to lay down their guns and surrender.

“Surrender now and live peacefully with your families. The government and the (Army) will always welcome you,”  Uy said, addressing the extremists.