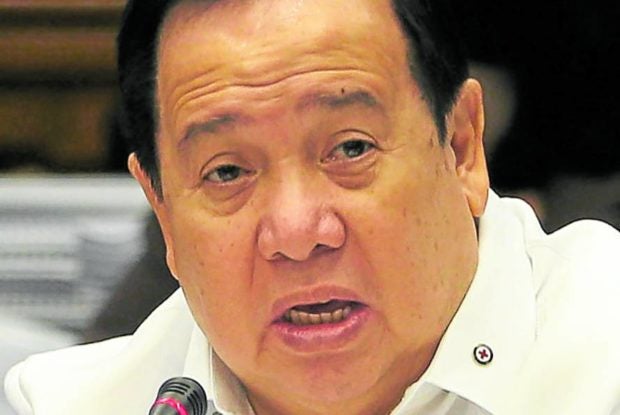 MANILA, Philippines — Senator Richard Gordon on Wednesday said he is not worried that his reelection bid will be affected by linking President Rodrigo Duterte in the alleged anomalous deals between the government and Pharmally Pharmaceutical Corp.

“It will not affect the chances of my reelection. Principally, because I think a lot of people do not believe the President anymore. He has lost ground,” Gordon, chair of the Senate blue ribbon committee, told reporters in an online press conference.

The senator said he is banking on his long-standing record in public service.

He cited his stint as Olongapo City mayor, tourism secretary, senator, and the over five decades he spent serving in the humanitarian organization Philippine Red Cross.

“I don’t do it for politic’s sake. I do it every day, I can show you pictures of my entire life even when I was young, doing Red Cross work. I.m not worried about that. People should run on the basis of their record and not on the basis of their money, on their empty promises,” Gordon said.

On Tuesday, Gordon’s office released the Senate blue ribbon committee’s draft partial report on its investigation into the government’s use of pandemic funds and deals with Pharmally.

Among the recommendations of the draft report was to hold President Rodrigo Duterte accountable for “betraying the public trust.”

He also denied claims that he is using his committee’s investigation for reelection.

“I’m not using this for reelection,” he said.