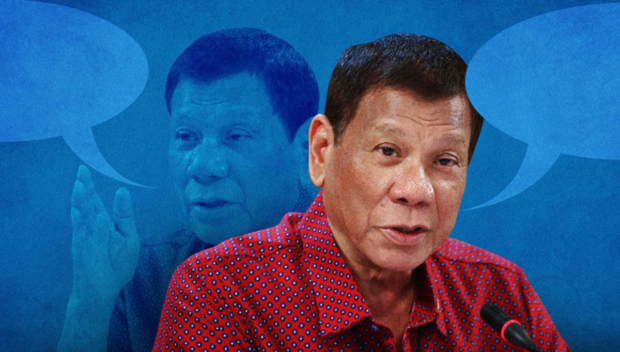 That was according to the partial draft report of the Senate blue ribbon committee, which has been investigating the government’s alleged anomalous deals with Pharmally Pharmaceutical Corp. at the height of the pandemic.

The draft report was released by the office of Senator Richard Gordon, chairman of the panel on Tuesday.

“At the very least, the president has betrayed [the] public trust,” the draft report read.

The panel pointed to the President’s “threats, his non-action on this gargantuan scam and in a time of grave danger, his cover-up efforts, his tyrannical use of presidential powers to prevent officials and employees from participating in the hearings.”

According to the draft report, Duterte “betrayed the public trust, in violation of his oath of office under the 1987 Consitution” by committing the following acts:

• appointing Michael Yang, a foreign national, as his economic adviser. Yang “then introduced numerous Chinese suppliers with whom the government transacted and in the process enriched himself immensely.”

• accepting that an “undercapitalized corporation owned by a Taiwanese fugitive, and with proven ties to Michael Yang, had dominance over pandemic procurement of COVID-19 supplies.”

• seeking to “discredit COA (Commission on Audit), whose Constitutional duty it is to conduct an audit of all government expenditures, and which had previously flagged the anomalous transaction, and through threats, prevent it from functioning.”

• trying to “discredit the credibility of the Senate by publicly attacking, maligning, and disrespecting the Senate as an institution, a co-equal branch of government, and its members duly performing their duties, and in doing so attempting to render inutile the Senate’s role in investigating corruption.”

• ordering the issuance of a “patently illegal memorandum preventing his Cabinet members and other officials of his administration from attending the hearings.”

• “refusing to run after his appointees despite calls from the public and the Senate to compel their attendance, in order to further the search for truth; failing to hold accountable these appointees for one of the biggest plunders of the Philippines’ coffers in recent history.”

INQUIRER.net has sought Malacañang’s comment through acting presidential spokesperson Karlo Nograles but has yet to receive a response as of writing.

He criticized senators for supposedly lacking respect for the administration by repeatedly letting officials sit waiting for hours during hearings, which he said was unnecessary.

The President said senators, or even other individuals outside the Senate, should instead file a case in court if they could find any possible crime committed by Pharmally.