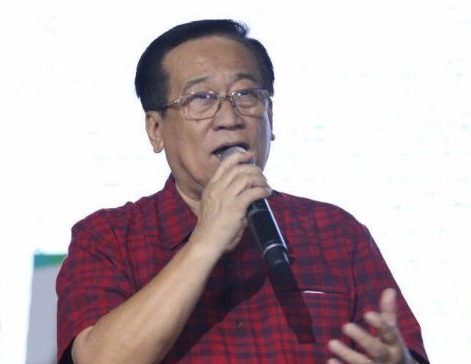 A prominent election lawyer and the chief counsel for the party under which Ferdinand Marcos Jr. is running for president called for sanctions against Election Commissioner Rowena Guanzon for prematurely disclosing her vote to disqualify the son and namesake of the late dictator from the May 9 polls.

Guanzon on Thursday said that “political interference” by “pro-Marcos politicians” was causing the delay in the release of the First Division’s resolution and that she was disclosing her vote ahead of the promulgation of the ruling on the disqualification case and her retirement on Feb. 2.

“Guanzon should be sanctioned by the Comelec (Commission on Elections) en banc for violating the confidentiality of the internal proceedings of the Comelec,” Macalintal told the Inquirer.

“Until and unless the decision is released to the public, the individual positions or votes or opinions of the commissioners are confidential,” said Macalintal, who represented Vice President Leni Robredo in the election protest filed by Marcos Jr. against her in 2016. Marcos Jr. lost the protest.

Macalintal clarified that he made the statements as an election lawyer and it had “nothing to do with my professional engagement with VP Leni.”

He said that he had been making similar statements before and “never consulted” the Vice President “on what to say in matters pertaining to election rules.”

Macalintal did not specify what punishment should be imposed on Guanzon, but George Briones, Partido Federal ng Pilipinas (PFP) general counsel, said the feisty and outspoken Comelec commissioner should be disbarred for “illegally” leaking her “dissenting” and “minority” opinion.

Briones said Guanzon violated the Code of Judicial Conduct which require impartiality and restraint in commenting on pending cases.

“Because of her disclosure or leaking of her unpromulgated dissenting opinion, Commissioner Guanzon should be disbarred, with forfeiture of her retirement benefits and lifetime pension because she destroyed the reputation of the institution which these moneys come from,” he said in a statement.

Briones did not say how he knew that Guanzon had a dissenting vote and was the minority as she herself did not reveal the position of the two other members of the First Division—Marlon Casquejo and Aimee Ferolino, who was designated as the ponente, or the commissioner who would write the resolution.

But Guanzon was unfazed by the disbarment threat.“Disbar me? I am an exemplary member of the bar. Let them try,” she told the Inquirer on Friday.

“I am a constitutional commissioner,” she said. “The commission en banc has no jurisdiction over administrative complaints against me.” Guanzon said the delay in the resolution was unfair to Marcos Jr. himself because if he loses in the Comelec’s First Division, he could still seek a reconsideration from the commission en banc and bring the case all the way to the Supreme Court.

Briones said Guanzon’s “bare suspicions” that politicians intervened in the case were “double hearsay and pure ‘tsismis’ (gossip)” and her actions should be condemned by the Supreme Court as unworthy of an election commissioner.

“Commissioner Guanzon has shown herself to be an incorrigible narcissist and has shown an insatiable craving for posting in social media like Twitter which is not proper for a judge,” he said.

Briones accused Guanzon of partiality for Robredo and that her “true color” was yellow, which is associated with the late Presidents Corazon Aquino and Benigno Aquino III, and the Liberal Party, of which she is the chair. But Robredo’s campaign color this time is pink—also the color of prodemocracy movements worldwide—to signify a broader coalition against the continuation of President Duterte’s governance or a Marcos restoration in Malacañang.

Briones said Guanzon should have inhibited herself from the Marcos case in the first place, pointing out that the two Aquino presidents appointed her to government posts in 1986, 2013 and 2015.Guanzon used Twitter to fire back at Briones on Friday.

“George Briones, don’t call me ‘yellow.’ I’M NOT A COWARD LIKE YOU. Let’s have a debate on television,” the feisty commissioner said in one of her tweets.

She asked Marcos Jr. whether he had ordered Briones to “attack me personally while your case is pending.”

“Does Marcos know that (PFP) is threatening me, the Presiding Commissioner, while his case is pending? I might cite you in contempt and have you detained in Manila City Jail,” she warned.

Briones turned down Guanzon’s challenge to a debate, citing ties between his fraternity, Sigma Rho, and her sorority, Delta Lambda Sigma. —WITH A REPORT FROM CARLA GOMEZ INQ