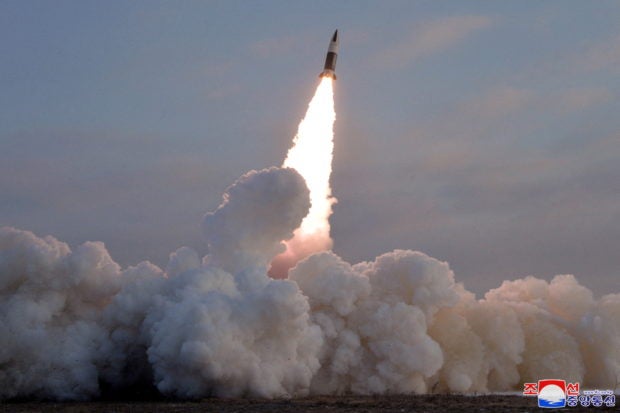 FILE PHOTO: A tactical guided missile is launched, according to state media, at an undisclosed location in North Korea, in this photo released January 17, 2022 by North Korea’s Korean Central News Agency (KCNA). KCNA via REUTERS