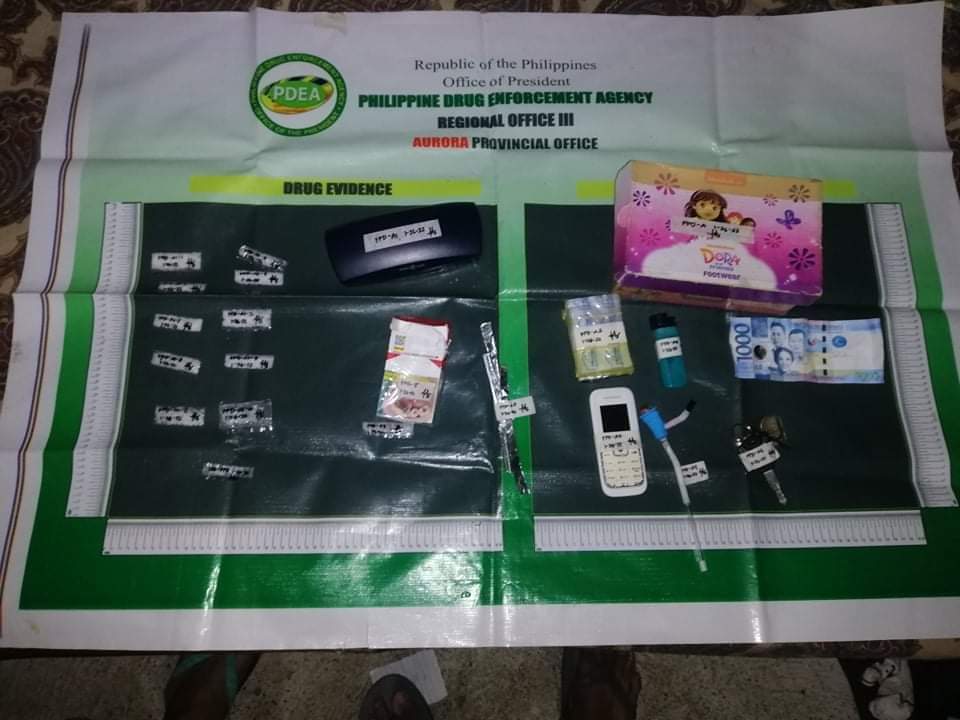 About 15 grams of alleged “shabu” (crystal meth) worth P102,000 were confiscated from three suspects during an anti-narcotics operation on Jan. 26 in Baler town, Aurora province. (Photo courtesy of Philippine Drug Enforcement Agency-Region 3)

Some 15 grams of alleged “shabu” (crystal meth) worth P102,000 were allegedly confiscated from the trio during the anti-illegal drug operation conducted with the Aurora police and the Philippine Air Force.

PDEA said charges for violating the Comprehensive Dangerous Drugs Act of 2002 would be filed against the arrested suspects.