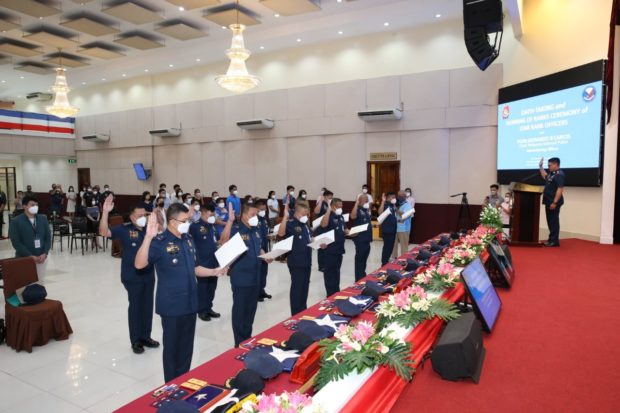 The induction was led by PNP chief Gen. Dionardo Carlos.

Aside from the three officials, the following senior members of the PNP got promoted to the one-star rank or Brigadier General:

Carlos, in his message to the newly-promoted officials, reminded them that their promotions have been products of a long hard work, which should inspire them to do more and become better public servants.

“The path you all went through is the same with the journey to success. It has not been an easy one. It has not been traversed overnight, rather it has been uphill all of the way. You were promoted to a higher rank of great importance because of your dedication, consistency, persistence, and commitment to public service,” Carlos said.

“May this significant breakthrough in your careers inspire you to become better public servants and police officers as we sustain the efforts of good governance and our tireless pursuit of excellence and integrity,” he added.

The promotions are the latest in the movements within the police organization.  Just on Wednesday, Carlos announced that lawyer and Police Col. Jean Fajardo will be the new PNP spokesperson, replacing Alba who would still remain with PNP-PIO as its head.