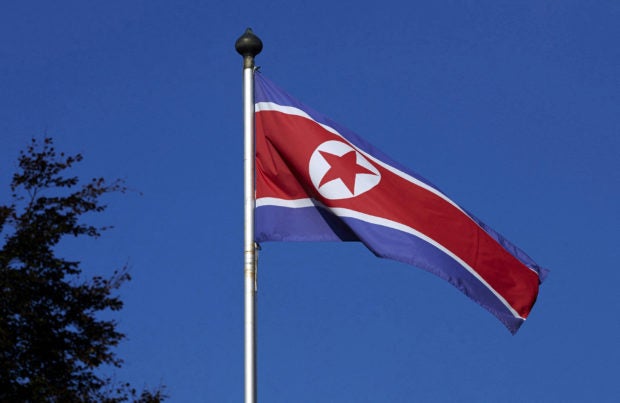 A North Korean flag flies on a mast at the Permanent Mission of North Korea in Geneva October 2, 2014. (REUTERS/File photo)

SEOUL – North Korea fired at least one “unknown projectile” into the sea off its east coast, South Korea’s military said on Thursday, in what would be the sixth round of missile tests this month.

South Korea’s Joint Chiefs of Staff said it had detected the launch, but did not elaborate.

On Tuesday, North Korea had fired two cruise missiles into the sea off its east coast, South Korea’s military said, amid rising tension over a recent series of weapons tests.