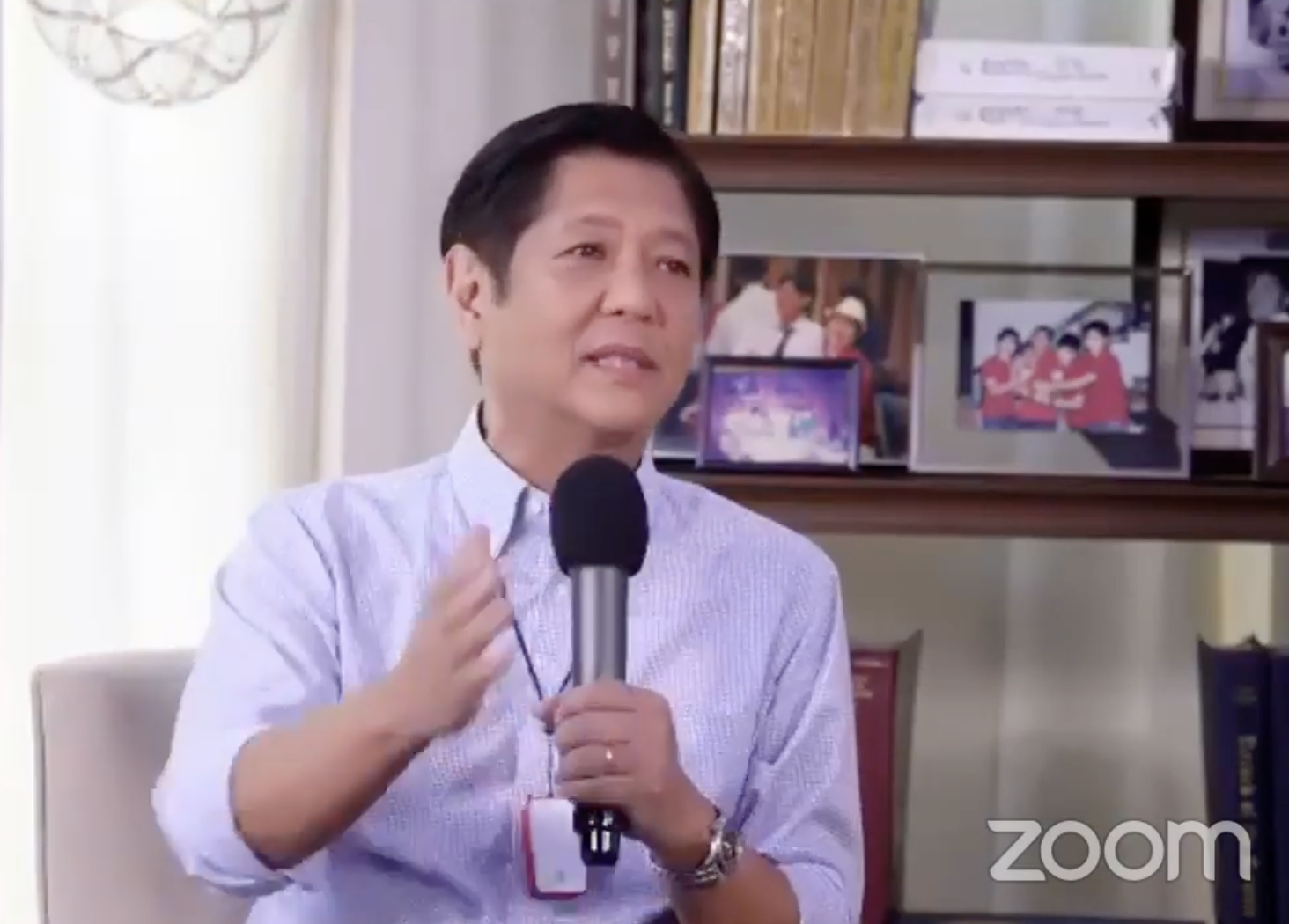 MANILA, Philippines — If he wins in May, leading presidential aspirant Ferdinand Marcos Jr. will not allow the prosecutors of the International Criminal Court (ICC) to come to the Philippines and investigate accusations of crimes against humanity against President Rodrigo Duterte.

The former senator, who was the most preferred presidential candidate in at least two surveys of voters, pointed out that allowing ICC investigators in the country raises questions on jurisdiction and sovereignty.

“What is their jurisdiction to come here to the Philippines and conduct an investigation? Is that not a violation of our rights as a sovereign nation in the community of nations?” he said.

“Those questions need to be answered before they can be allowed any investigation,” he added.

In March 2019, Duterte withdrew the Philippines from the ICC after the court’s prosecutors responded to complaints that Duterte ordered security forces to kill drug personalities, an order that resulted in the deaths of more than 6,000 suspects who were not even charged in court.

Official data from the Philippine Drug Enforcement Agency shows that 6,215 individuals were killed in the government’s war on drugs from July 1, 2016, to Oct. 31, 2021.

But the Duterte administration argued that the Rome Statute treaty that created the ICC specified that the ICC can only prosecute such complaints if the member-nation did not have a working judicial system or the government refused to prosecute such crimes.

Marcos said he would continue the government’s fight against drugs, but he would change tack by improving rehabilitation centers rather than treating drug addicts as criminals.

“The problem continues to exist. Everybody can see the influence of drug lords in our everyday lives,” he said.

According to him, his administration would focus on treating “drug addicts as patients in need of a cure. It becomes a crime when they’re involved in distribution or sale of illegal drugs.”