Bongbong Marcos: Martial law has its place, but only in wartime | Inquirer News
Close
menu
search

Bongbong Marcos: Martial law has its place, but only in wartime 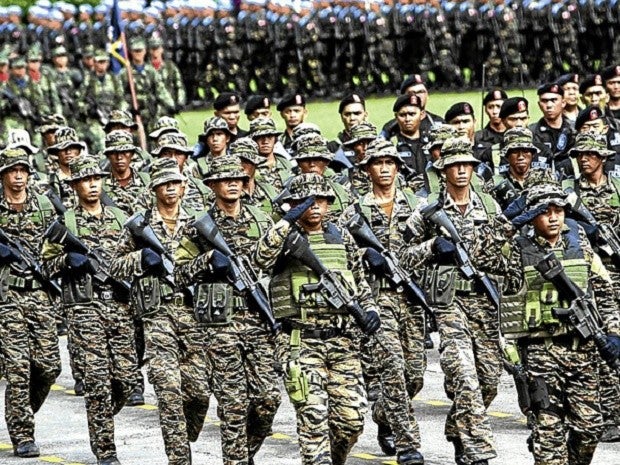 Ferdinand “Bongbong” Marcos Jr.: It has its place but it is only for war. Precisely that’s why it’s called martial law.

MANILA, Philippines — Presidential aspirant Ferdinand “Bongbong” Marcos Jr. said on Tuesday that martial law has its place, but it only applies to wartime situations.

During the “Bakit Ikaw? the DZRH Presidential Job Interview,” Marcos Jr. was pressed regarding his stand on martial law, which had been imposed during the time of his father, the late President Ferdinand Marcos Sr..

“It has its place but it is only for war. Precisely that’s why it’s called martial law,” he added.

During the interview, Marcos Jr. was also given a hypothetical scenario where protesters gathered and staged a people power revolution during his oathtaking as president.

According to Marcos Jr., he will start by taking his oath of office to be officially elected to the office of president and have the ability to exercise his power. Next, he will talk with the military about why a protest is taking place despite the results of the elections.

(You negotiate. This will result in a civil war, which we do not want. You have to defend the state. You have to protect the Republic from this kind of threat, so make sure you form your government immediately.)

Pressed if he will declare martial law in this case, Marcos said: “Kung magkaputukan, yun and delikado sa lahat because that will be civil war (If there is a gunfight, it will be dangerous for everyone since it will be a civil war).”

“And the law is very clear, that is sedition, if you’re trying to bring the State down—with the duly elected, properly elected government with a mandate from the people—dapat hindi nila pabagsakin (they should not overthrow it) through violent means,” Marcos Jr. said.

(If that happens, the law is probably on our side. The community must be protected. You don’t have to shoot; even if we’ve been together for a long time, even if we’ve argued, just don’t shoot.)