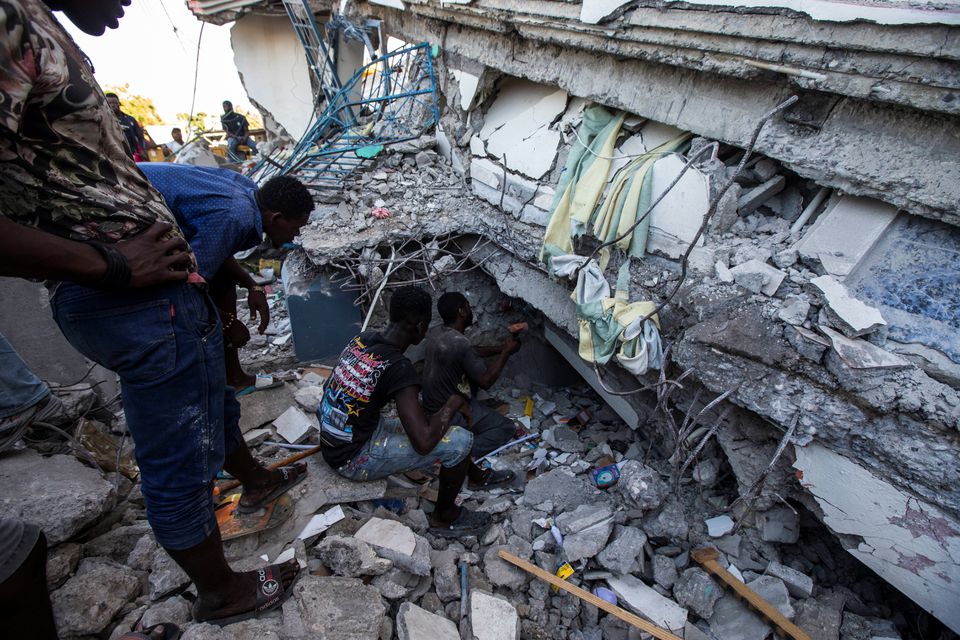 In Anse-a-Veau, a small coastal town 130 kilometers (80 miles) west of the capital Port-au-Prince, a woman died when a wall collapsed. In Fonds-des-Negres, 20 kilometers further south, the second death was caused by a landslide.

In the Nippes district, where the epicenter of the quake hit, nearly 200 houses were destroyed and around 600 others damaged, according to the local civil protection directorate.

The ages of the two fatalities were not made public by the Haitian civil protection department.

Recorded at 8:16 am local time (1316 GMT), the earthquake was felt in the capital and was followed by a dozen tremors, including an aftershock with a magnitude of 5.1 less than an hour later.

In August, a 7.2-magnitude earthquake killed over 2,200 people and destroyed or heavily damaged tens of thousands of homes in a nation still recovering from a devastating quake in 2010.

Downtown Port-au-Prince has still not been rebuilt twelve years after a catastrophic 2010 earthquake, which killed more than 200,000 people and left 1.5 million homeless.

Read Next
After decades in US, a migrant’s anxious wait for deportation ruling
EDITORS' PICK
Beyond the Chocolate Hills: A farm-to-table, heritage culinary adventure of Bohol
MyCitiHomes premiers PH’s first 3-star certified BERDE District residential development
‘Crash Landing on You’ couple confirms pregnancy
Enrile contracts COVID-19: ‘To my critics and enemies, I am not going to die yet’
Metro Manila’s COVID-19 positivity rate jumps from 3.9% to 5.9% — OCTA
House energy committee chair Arroyo bats for cheap electricity
MOST READ
Duterte: It was correct for Bongbong Marcos to ‘decline’ presidential debates
Enrile contracts COVID and snipes at critics, foes: ‘I am not going to die yet’
Russia steps up missile strikes on Ukraine as G7 leaders gather
Dennis Padilla answers Leon Barretto’s open letter: ‘Been reaching out to you for 15 years’
Don't miss out on the latest news and information.