WASHINGTON — U.S. President Joe Biden was caught on a hot mic cursing a Fox News reporter at a White House event on Monday after the journalist shouted a question about the impact of rising inflation on this year’s congressional elections.

As journalists were ushered out of a meeting of Biden’s Competition Council, Peter Doocy, a White House correspondent with whom Biden regularly spars, asked if it was okay to ask about inflation and if it was a political liability.

“That’s a great asset, more inflation,” Biden responded sarcastically over a din of reporters shouting questions, apparently not realizing his microphone was still on. “What a stupid son of a bitch,” he added.

The White House and Fox did not immediately respond to a request for comment.

Biden took office a year ago pledging to take a hard line on any incivility among members of his administration.

“If you’re ever working with me and I hear you treat another colleague with disrespect, talk down to someone, I promise you I will fire you on the spot… no ifs, ands or buts,” Biden told political appointees during a virtual swearing-in ceremony. “Everybody is entitled to be treated with decency and dignity,” he said at the time. 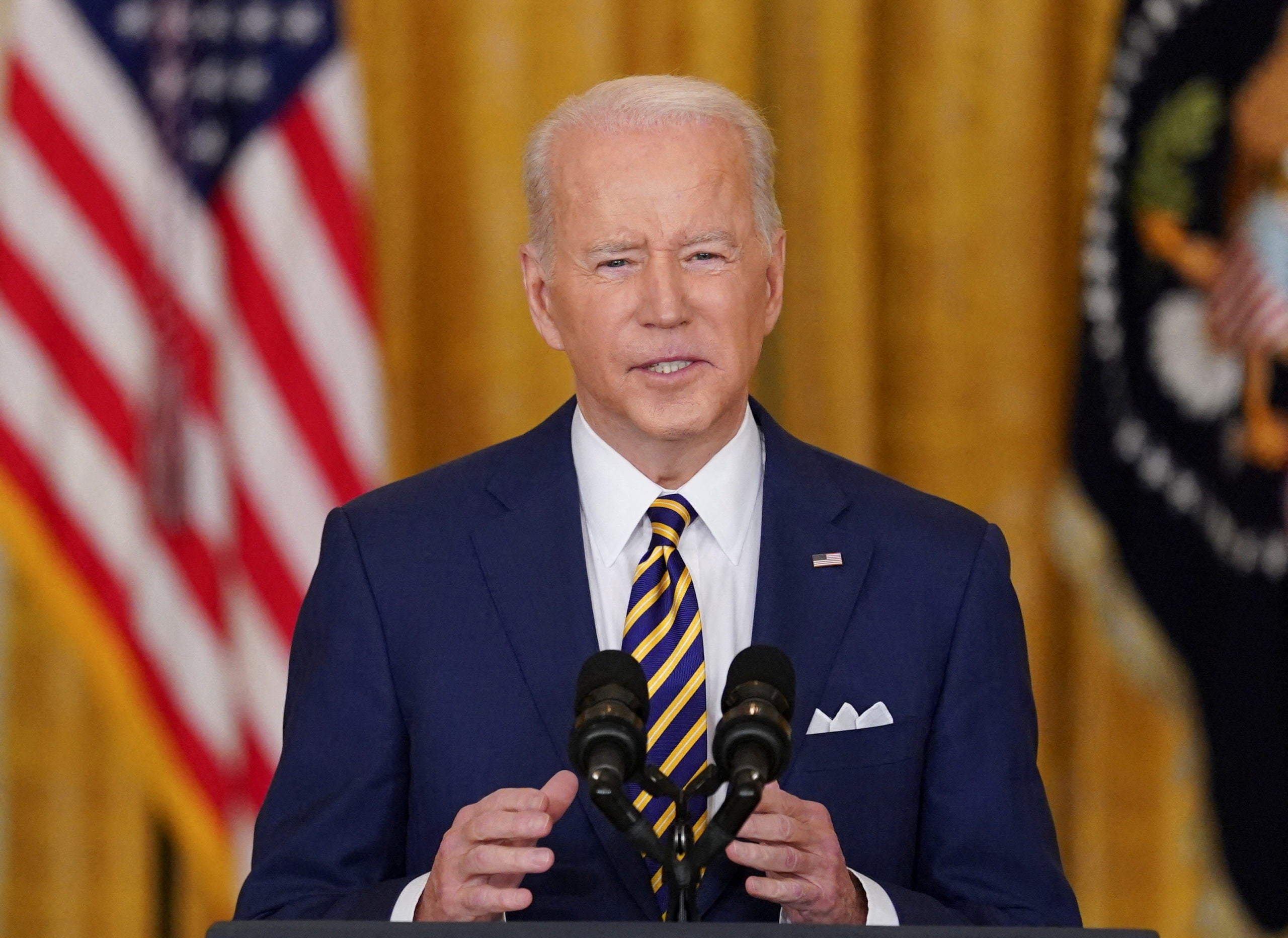 Biden’s predecessor, Republican Donald Trump, famously attacked reporters at rallies and news conferences, to the delight of many of his supporters.

Doocy, who has long covered Biden, regularly gets called on by the president at events, often asking skeptical and critical questions. Conservative-leaning Fox News has been critical of Biden’s presidency and Democrats.

RELATED STORY
Biden to Trump: ‘Will you shut up, man!’