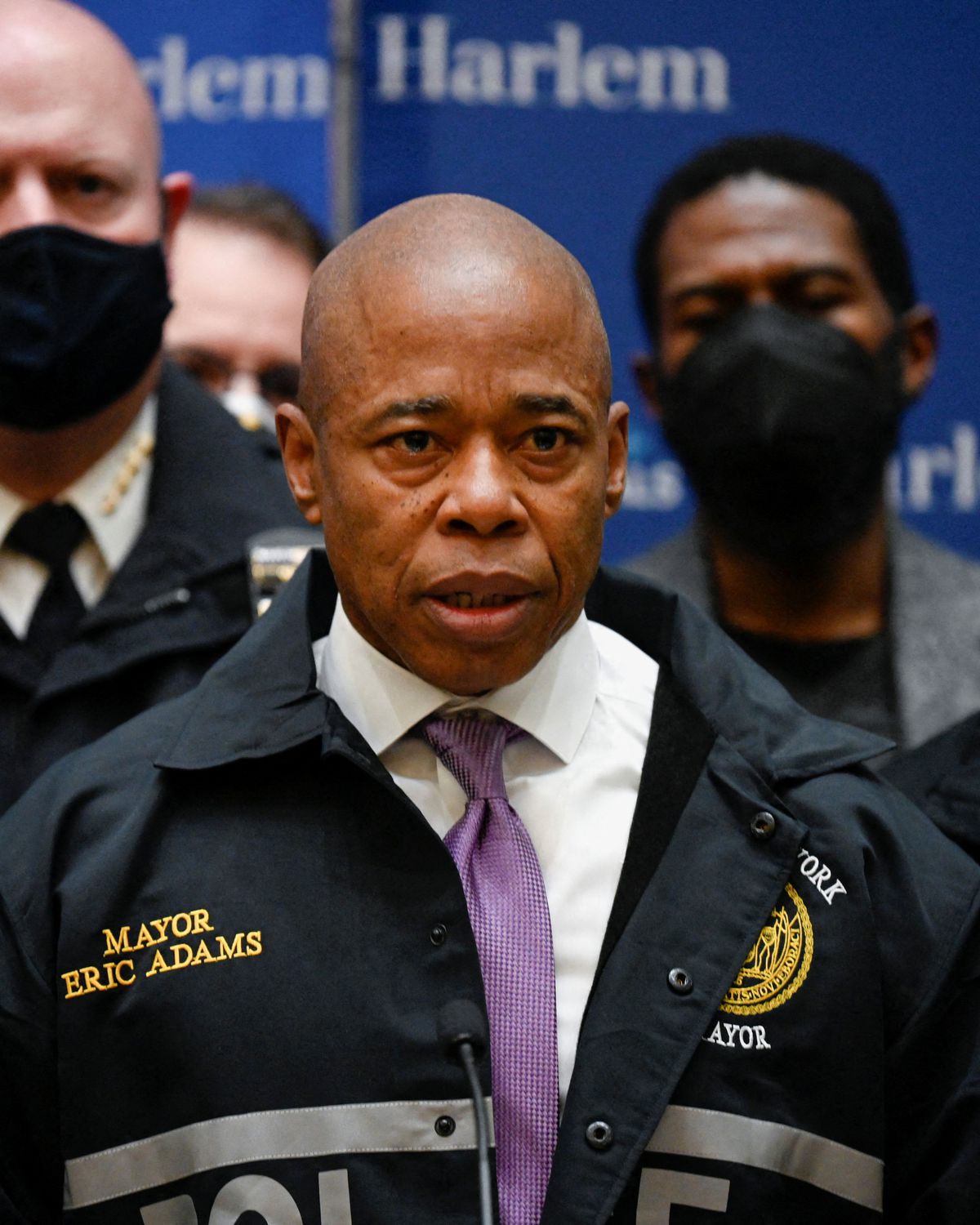 NEW YORK — New York City Mayor Eric Adams on Monday announced a plan to end gun violence in a city reeling from the fatal shooting of a police officer and a spate of violent crimes, as he promised to increase police officers in New York’s most violence-plagued communities.

Adams, a former police captain, said the plan would deliver on his November election campaign pledge by deploying more officers, stemming the flow of guns into the city, and appointing anti-gun violence coordinators in every city agency.

“We are turning our pain into purpose,” he said at a news conference following a series of highly publicized, lethal crimes in the city since he was sworn in on Jan. 1.

As in many U.S. cities, murders and gun violence have surged over the past two years in New York. Experts say the trend partly reflects the social disruption from the pandemic and its effect of reducing the number of police officers on duty.

The city counted 488 murders last year, up 5.6% over 2020 following a 47% jump a year earlier, the biggest year-to-year percentage increase ever recorded in the country’s most populous city. That spike ended a fairly steady decline in murders since 1990, when the number peaked at 2,245.

The “Blueprint to End Gun Violence” will within three weeks put more police officers on patrol in 30 of the city’s 77 precincts where 80% of the city’s violence occurs, Adams said. The officers, identifiable as New York Police Department employees, will have body-worn cameras and “enhanced” training and oversight.

Travelers into New York City will be screened for illegal guns with facial recognition technology at new “spot checks” at various entry points.

City authorities confiscate illicit firearms on a regular basis, with 6,000 removed in 2021, but new guns enter the city at a faster rate, according to Adams.

“We have become the dumping ground,” he said.

Adams encouraged prosecutors to “triage gun cases” to ensure they are the first cases brought to court, and urged lawmakers to reduce the number of guns that a person must traffic before they can be charged with a felony.

A former Brooklyn borough president, the Democrat won election on a platform that promised to improve public safety through investment in more aggressive policing.

Adams’ stance clashed with the “defund the police” rallying cry heard at protests against racism and police brutality since 2020. But it echoed calls for tougher policing from Democratic mayoral candidates countrywide in 2021, who feared being painted as soft on crime by Republican opponents.