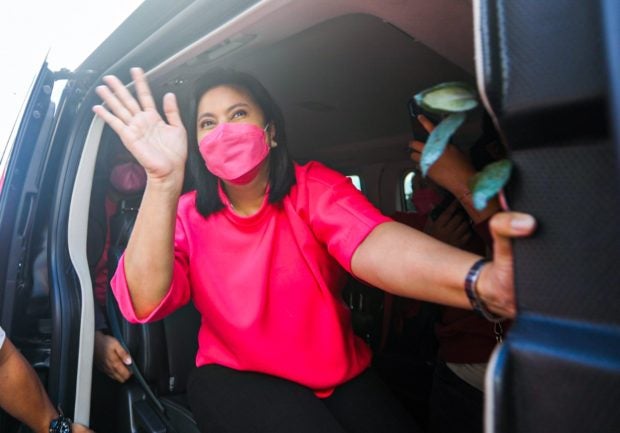 MANILA, Philippines — The first televised presidential interviews for the 2022 elections not only gave the opposition momentum to broaden its base, but also energized an otherwise lethargic voter base itching to get out of the pandemic, a political scientist said on Monday.

This developed after Vice President Leni Robredo showed a strong performance during GMA7’s “The Jessica Soho Presidential interviews,” where she and her fellow presidential candidates Senators Panfilo Lacson and Manny Pacquiao and Manila Mayor Francisco “Isko Moreno” Domagoso were asked to explain their vision should they be elected to country’s highest post.

In an interview, University of the Philippines-Diliman associate professor and political scientist Jean Encinas-Franco said Robredo “did not just articulate the issues she would be focusing on, she also articulated the failures of government.”

The interviews also showed a different Robredo, she noted. Where before Robredo was often technocratic about her platforms and plans, this time she was more “sincere and conversational, and was able to laymanize the things that she wanted to do for the country.”

Her answers to questions about governance and transparency, Franco added, showed that a Robredo presidency would be “consultative, participative, [and] that she would seek solutions from the people themselves.”

“[The interview] was a good opportunity for Robredo and a missed opportunity for [former Sen. Ferdinand] Marcos Jr.,” Franco noted, referring to the late dictator’s son’s absence from the first televised presidential interviews.

By not showing up, she noted, Marcos had inadvertently amplified the other four candidates’ calm under scrutiny. Since Saturday, several netizens have tweeted that their family members have now shifted their preferred candidates after seeing the other four face tough questions. INQ