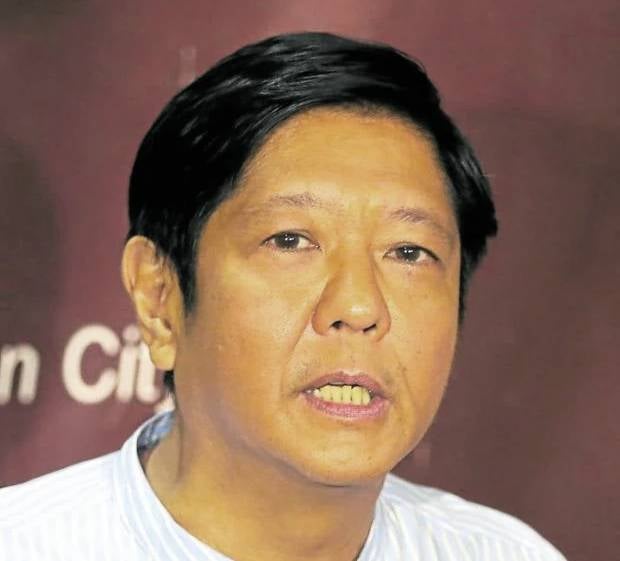 MANILA, Philippines — Presidential aspirant Ferdinand “Bongbong” Marcos Jr. maintained on Monday he is not a “coward” after snubbing the interview with veteran journalist Jessica Soho who he earlier dubbed as “biased.”

Marcos said this after #MarcosDuwag made rounds on social media, with some netizens criticizing his decision not to attend the televised interview with Soho. The interview was attended by his fellow presidential aspirants—Senators Panfilo Lacson and Manny Pacquiao, Manila City mayor Isko Moreno, and Vice President Leni Robredo.

READ: No to ‘negativity’: Marcos Jr. to only do ‘unbiased’ interviews

(With what I have experienced in life, it is clear that I am not a coward.)

Marcos said he is ready to face debates but stressed that the discussions should be on the concerns deemed important by the public.

(We should not talk about politics because we already have an election. It will be decided on Election Day. What is important is we talk about the things that are on top of the minds of our countrymen.)

Marcos said the discussions should be on the plans and platforms of the candidates should they be elected as the next president of the country, adding that the events from the past should no longer be tackled.

(We should not go back to issues that are already 35 years old. They have been decided so let’s face the new issues today.)

Marcos insisted that Soho is a “biased” journalist in the same interview. He also said that Soho is “anti-Marcos” because of “the treatment we receive at their hands.”

(I am only basing my judgment on my experiences in the past few years. Not only me but also my sibling and anyone who has any association with Marcos, there is real bias.)