Mining industry ‘can’t be killed,’ but ‘palakasan system’ should stop 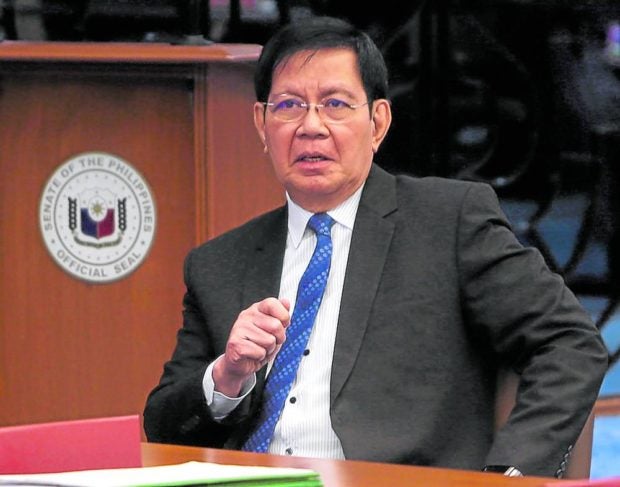 MANILA, Philippines — The mining industry “cannot be killed” as it is a major field in the country’s economy, however, there must be a stop on the “palakasan system” (culture of patronage) or the double standard when it comes to regulations, presidential aspirant Senator Panfilo Lacson said Monday.

During the “2022 Presidential One-On-One Interviews with Boy Abunda,” Lacson agreed with the government’s move to lift the ban on new mining permits and open pit mining.

However, Lacson stressed that mining companies should be responsible and follow government regulations.

Lacson likewise hit the “palakasan system” in the mining industry, wherein companies that have connections within the government—or bribe—are favored.

“Ang problema kasi yung bureaucracy. Nandyan na yung issue ng corruption. Kapag naglagay o kaya nakiusap at malapit, yun ang napagbibigyan in spite of so many violations. So dapat isa lang yung standard [The problem is the bureaucracy. There is an issue of corruption. When someone who is close to people in government, they are being favored even there are violations. So it is better to have a single standard],” Lacson said.

According to Lacson, it is small-scale mining that commits many violations, putting environment at risk.

“Unang-una, ang bottomline is responsible mining. Basta’t tumutugon don sa issues sa environment. Ang mining industry hindi naman pwedeng patayin kasi major industry ito ng Pilipinas [First of all, responsible mining is the bottomline. As long as it is adhering to the issues with the environment. You cannot kill the mining industry because it is a major industry in the Philippines],” Lacson said.

“Ang masama yung small-scale mining… nandun ang maraming violations kaya yung environment is put at risk. Hindi ito kung itutuloy o ipagbabawal, dapat data-driven lagi ito at science-based [The problem is in the small-scale mining… that is where violations are so plenty, which is why our environment is being put at risk. This is not about stopping it or letting it to continue, this should be data-driven and science-based],” he added.

Read Next
Ex-DFA chief Roberto Romulo dies, family and colleagues confirm
EDITORS' PICK
High inflation: Your P1 is now worth only 87 centavos
UK’s Boris Johnson will resign, BBC reports
Geek out at TOYCON 2022 powered by Smart Signature
House energy committee chair Arroyo bats for cheap electricity
High-risk pregnancy: Reducing your risk is in your hands
Unemployment rate up to 6% in May
MOST READ
Suspect in grisly killing of missing woman in Bulacan arrested
Hong Kong suspends flight bans as it eases COVID-19 rules
Kim Atienza’s daughter flaunts bikini body in response to critics of her ‘revealing photos’
Cop slain in Isabela ambush
Don't miss out on the latest news and information.