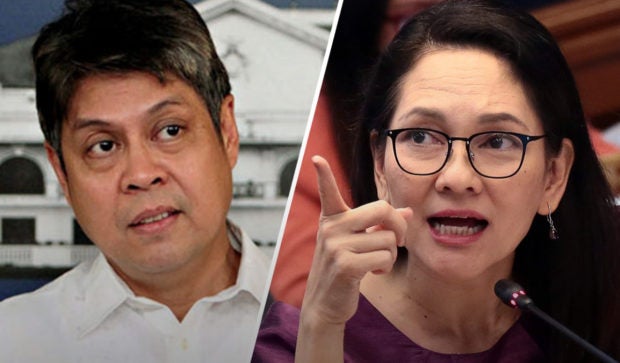 MANILA, Philippines — A labor group on Monday called on Senators Risa Hontiveros and Francis “Kiko” Pangilinan to open an investigation into the government’s “no vaccine, no ride” and “no jab, no job” policies.

Hontiveros and Pangilinan have earlier suggested reconsidering the government’s “no vaccine, no ride” policy which seeks to protect individuals unvaccinated against COVID-19 by prohibiting them in Metro Manila’s public transport systems.

“We call on Senators Kiko and Risa to open an investigation on the no vaccination, no ride, no jab, no job and similar discriminatory policies,” Partido Manggagawa national chair Rene Magtubo said in a statement, adding that the “no vaccine, no ride” policy has caused confusion due to lack of social dialogue.

“These policies are patent discrimination against workers and poor. In contrast, rich people—vaccinated or not—are free to move around since they have cars to use. These unfair and biased policies disproportionately impact people in the laylayan (poverty),” he continued.

Meanwhile, the group also renewed its call to heed to a dialogue between the Department of Labor and Employment and a labor coalition.

“A planned dialogue between Department of Labor and Employment officials and Nagkaisa labor coalition leaders has long been delayed. Instead of social dialogue, the government is exercising social distancing with labor groups,” Magtubo said.

Moreover, Partido Manggagawa welcomed the announcement of Bello that labor inspections will resume for 2022 after it was suspended in December last year to finish pending labor standards cases and to prepare for this year’s inspections.

Labor inspections are conducted to “further strengthen the implementation of the visitorial and enforcement powers under the Labor Code, as renumbered, towards securing a higher level of compliance with labor laws and standards, and ensuring continuity and sustainability of compliance at workplaces.”

“Labor inspections are a key mechanism in ensuring compliance with labor standards and enforcement of occupational safety and health protocols, especially during the pandemic since pasaway (stubborn) employers have weaponized [COVID] and abused workers,” Magtubo said.