Vatican fraud trial to resume with boost for prosecution 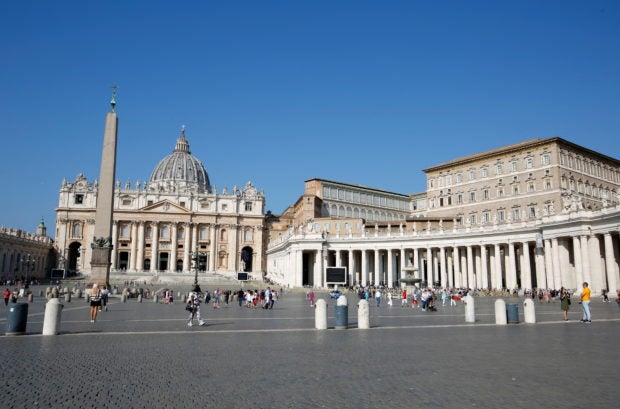 FILE PHOTO: A general view of St. Peter’s Square as the spread of the coronavirus disease (COVID-19) continues, at the Vatican, October 1, 2021. REUTERS/Remo Casilli/File Photo

VATICAN CITY — The Vatican’s landmark fraud and embezzlement trial resumes after a long break on Tuesday with the beleaguered prosecution buoyed by two favorable decisions in related cases by Swiss and Italian courts.

The trial, in which defendants are accused of fraud and other crimes around the Vatican’s 350 million euro ($400 million) purchase of a luxury building in London, is still mired in procedural wrangling.

Tuesday’s hearing, only the sixth since the trial started amid much fanfare in July, will likely do little more than settle several more preliminary issues, meaning the trial won’t get going in earnest until February.

At the last hearing on Dec. 14 – which lasted only 10 minutes – a frustrated court president Giuseppe Pignatone said he hoped the preliminary phase could end soon so the hearings could be held more frequently.

Four of original 10 defendants were temporarily removed from the indictment in October after Pignatone found fault with the original investigation. He ordered the prosecution to go back and repeat questioning of the four because procedural steps designed to protect the defendants was not followed the first time around.

At Tuesday’s hearing, the prosecution is expected to announce which charges it intends to either keep or drop against each of the four.

All 10 defendants, including a once-powerful Vatican cardinal, have denied wrongdoing.

Lawyers for two Italian brokers for the Vatican’s investment in the London building – Raffaele Mincione and Gianluigi Torzi – have insisted that their clients cannot get a fair trial in the Vatican.

Mincione helped the Vatican make the original investment in 2014. In 2018, when the Vatican felt it was allegedly being fleeced by Mincione, it turned to Torzi to try to take total control of the building.

This month, the prosecution got a much-needed boost from two foreign courts, which, while ruling on related cases, effectively rejected defense assertions about alleged lack of fairness for their clients in the Vatican judicial system.

Torzi is in London fighting extradition requests by both Italy and the Vatican for alleged financial crimes. In a decision published this month, Italy’s supreme court rejected assertions by Torzi’s lawyers attacking the credibility of the Vatican court.

Earlier in January, a Swiss court rejected a request by Mincione to unblock funds that the Vatican prosecutors had asked be frozen while the trial continues. Mincione’s lawyers had also cited what they said were defects in the Vatican judicial system.

The Vatican’s Secretariat of State sank more than 350 million euros into the London investment. The Vatican is now in the final stages of selling the building at a reported loss of 100 million euros.

Property: a blessing and a burden for the Vatican

Cardinal among 10 indicted by Vatican for financial crimes