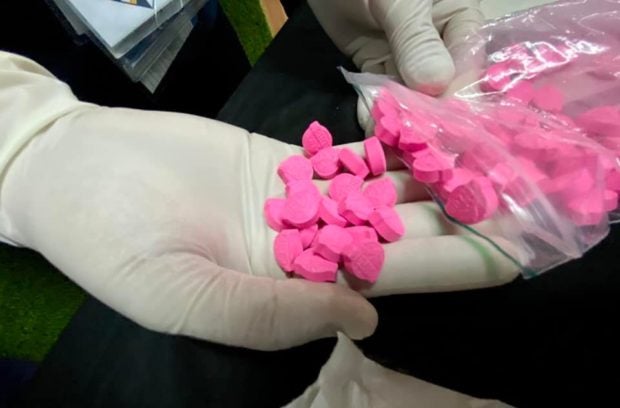 Ecstasy tablets (File photo from the Bureau of Customs)

MABALACAT CITY, Pampanga – Bureau of Customs – Port of Clark and Philippine Drug Enforcement Agency (PDEA) personnel discovered and seized some P5,157,800 worth of “ecstasy” party drugs from a parcel from the Netherlands on Saturday.

In a statement, the PDEA-Region 3 said the 3,034 pieces of ecstasy pills were found after the agency received information from the Chinese Customs officers that a package from the Netherlands that passed through Shenzen City in China may contain illegal drugs.

Port of Clark Customs and PDEA-Region 3 personnel then opened the particular parcel and found the illegal drugs.

Undercover operatives pretended to be employees of a courier company delivering the package containing the party drugs.

PDEA-Region 3 said the operation led to the arrest of Jennifer Abas, who allegedly used Evelyn Sotto as a pseudonym.

Also arrested was Genevie Abas, who accompanied the consignee in receiving the parcel.

The suspects are facing a formal complaint for violation of Section 4 of the Comprehensive Dangerous Drugs Act of 2002.