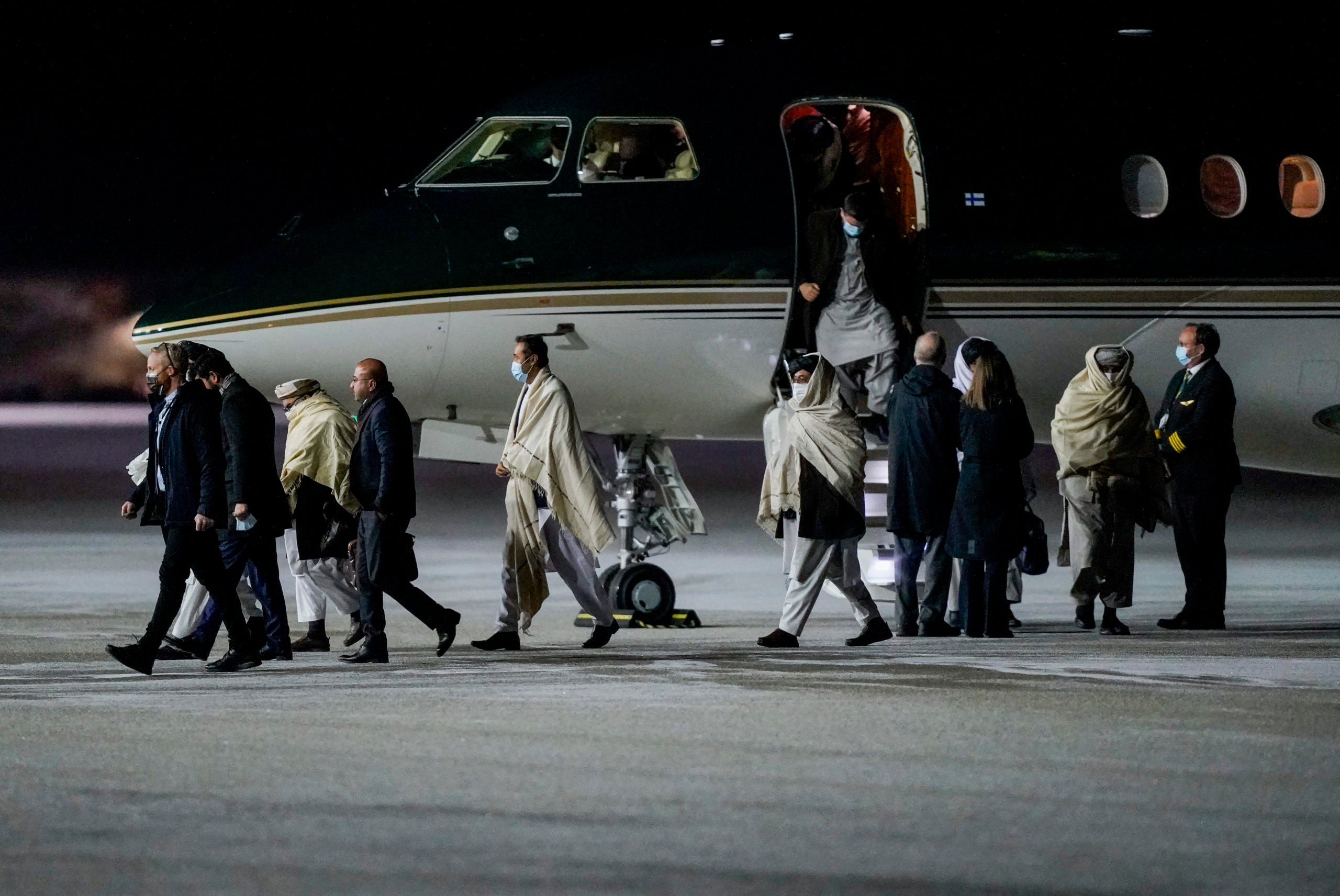 Taliban representatives arrive in Gardermoen, Norway, on January 22, 2022, for talks with western representatives on human rights and emergency aid. – In their first visit to Europe since returning to power in August, the Taliban will meet with Norwegian officials as well as representatives of the United States, France, Britain, Germany, Italy and the European Union. (Photo by Terje Bendiksby / NTB / AFP)

OSLO — A Taliban delegation arrived Saturday in Norway for three days of talks with Western diplomats and members of Afghan civil society, which it hopes will help “transform the atmosphere of war” in Afghanistan.

Footage broadcast by the Verdens Gang newspaper online showed a plane, chartered by the Norwegian government and carrying 15 representatives of the hardline Islamist government, landing at the Oslo airport in the evening.

Headed by Foreign Minister Amir Khan Mutaqqi, the delegation is the first to hold official talks with the West on European soil since seizing power in Afghanistan.

The Taliban stormed back to power in August as US and foreign troops began their final withdrawal from the country following a stalemate on the battlefield.

No country has yet recognized the Taliban’s government — notorious for human rights abuses during a first stint in power between 1996 and 2001 when they were ousted by a US-led invasion.

“The Islamic Emirate has taken steps for meeting the demands of the Western world and we hope to strengthen our relations through diplomacy with all the countries, including European countries and the West in general,” Taliban spokesman Zabihullah Mujahid told AFP on Saturday.

The Taliban want to “transform the atmosphere of war… into a peaceful situation”.

The talks will open on Sunday with Afghans from civil society, including women leaders and journalists, at a time when the freedoms of those living in Afghanistan are being increasingly curtailed.

On Monday, the Taliban will meet representatives from the United States, France, Britain, Germany, Italy and the European Union, while Tuesday will be dedicated to bilateral talks with Norwegian officials.

The talks will focus on human rights and humanitarian aid as a poverty crisis deepens.

The humanitarian situation in Afghanistan has deteriorated drastically since the Taliban’s takeover.

Hunger now threatens 23 million Afghans, or 55 percent of the population, according to the United Nations, which says it needs $4.4 billion from donor countries this year to address the humanitarian crisis in the country.

“These meetings do not represent a legitimization or recognition of the Taliban,” Norwegian Foreign Minister Anniken Huitfeldt said Friday.

“But we must talk to the de facto authorities in the country. We cannot allow the political situation to lead to an even worse humanitarian disaster.”

Ali Maisam Nazary, the foreign relations chief for the National Resistance Front — an opposition group that bills itself as the last bastion against total Taliban control — condemned Norway over the talks.

“We all must raise our voices and prevent any country from normalising a terrorist group as the representative of Afghanistan,” Nazary, who is based in Paris, tweeted on Friday.