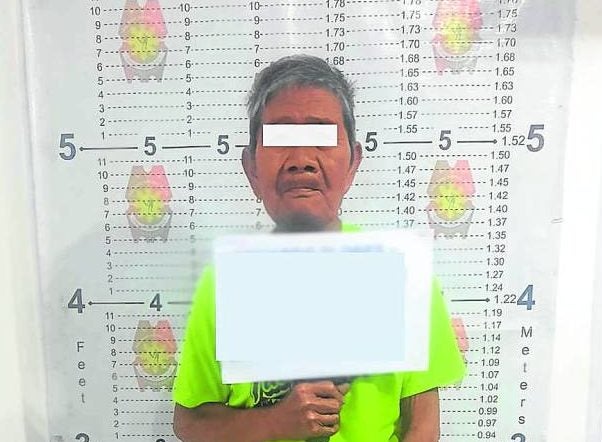 FOR ARRAIGNMENT The case of “Lolo Narding” whipped up a social media storm after the Asingan, Pangasinan province, police released this mugshot of the 80-year-old. —PHOTO FROM PUBLIC INFORMATION OFFICE ASINGAN/FACEBOOK

MANILA, Philippines — The Commission on Human Rights (CHR) is hoping that the case of the octogenarian in Pangasinan, who was charged with theft for allegedly stealing mangoes from his neighbor, would be resolved through “alternative means.”

In a statement on Saturday, Jacqueline de Guia, spokesperson for the CHR, described the case involving 80-year-old Leonardo Flores, now known as Lolo Narding, as “unfortunate.”

“This incident, at the same time, highlights the importance of knowing one’s rights and the availability of legal assistance, especially for the vulnerable and marginalized citizens,” De Guia said.

As Flores is now set for arraignment, De Guia, a lawyer, stressed that “alternative means” to settle the dispute should be explored, including reaching an “amicable agreement” and, if possible, “a desistance of the charge filed given the circumstances of the complaint and condition of the accused.”

At the same time, De Guia said the CHR recognized the “commendable acts” shown by the Asingan police in handling the case and the legal assistance provided by the Public Attorney’s Office there.

“We continue to assert the importance of constitutional guarantees for the accused, including presumption of innocence, as well as all other rights related to upholding the due process and the rule of law,” she explained.

Flores’ case went viral, after his mug shot was posted by the Asingan police on its Facebook page. This garnered netizens to pitch in for his bail worth P6,000.

His arrest was also criticized by netizens who complained how “unfair” the justice system is in the Philippines and cited how former first lady Imelda Marcos, who was convicted of graft by the Sandiganbayan, has yet to be put behind bars.