MANILA, Philippines — The 7th Municipal Circuit Trial Court of Asingan town in Pangasinan province has set the arraignment for 80-year-old Leonardo “Lolo Narding” Flores, who was arrested and detained for allegedly stealing 10 kilos of mangoes from a neighbor’s tree which he supposedly planted.

The octogenarian’s mugshot went viral on social media after the Asingan Police has posted the photo on Facebook. Netizens expressed sympathy for Flores, even comparing his case to politicians accused of stealing millions from the government but are still enjoying their freedom.

The arraignment of Flores was scheduled for February 8, based on the order issued by the court.

He was under police custody since January 13 and was only able to post P6,000 bail through donations on Thursday, January 20. 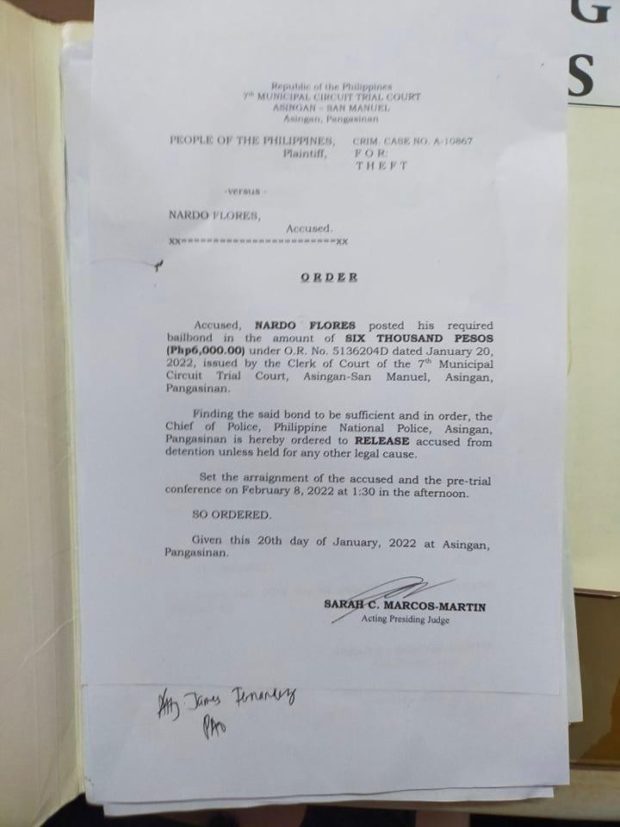