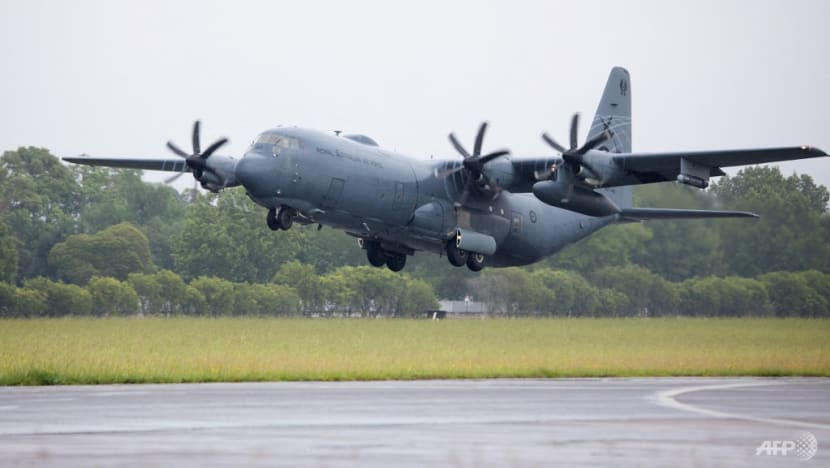 SYDNEY — The first humanitarian flights are finally on the way to volcano and tsunami-stricken Tonga, five days after the dual disaster cut the Pacific nation off from the rest of the world.

Officials in Australia and New Zealand confirmed that two military transport planes should arrive within hours at Tonga’s main airport, which was only recently cleared of ash after painstaking effort.

A “C-17 Globemaster left from Amberley Airport Base around 7:00 am today (2000 GMT),” an Australian defense official told AFP, with New Zealand also confirming a C-130 Hercules was on route following days of delays.

The flights will carry vital humanitarian supplies such as water and telecommunications equipment.

News from Tonga has been severely limited since the weekend’s disaster, which damaged undersea communications cables.

On the ground, Tongans have scrambled to clear the runway at Fua’amotu International Airport of a thick blanket of volcanic ash.

UN crisis coordinator Jonathan Veitch told AFP late Wednesday that the runway on the Pacific kingdom’s main island — buried in five to 10 centimeters (two to four inches) of ash — was again operational after days of hard toil clearing the concrete.

Ash particles can be poisonous and pose a threat to modern jet aircraft, including by melting and accumulating in the engines.

The overwhelmed Tongan government has called the dual eruption-tsunami “an unprecedented disaster” and reported that waves as high as 15 meters (50 feet) destroyed almost every home on some outlying islands.

More than 80 percent of the archipelago’s population of 100,000 have been impacted by the disaster, the United Nations said Wednesday, and initial assessments indicate an urgent need for drinking water.

When the underwater caldera exploded, it fired debris 30 kilometers (19 miles) into the air and deposited ash and acid rain across the kingdom of 170 islands — poisoning water supplies.

“Water supplies across Tonga have been severely impacted by ashfall and saltwater from the tsunami,” said Katie Greenwood of the International Federation of Red Cross and Red Crescent Societies.

She said there was a “mounting risk of diseases such as cholera and diarrhea”.

They are carrying water supplies and a 70,000-liter-a-day desalination plant, as well as navy hydrographic and dive personnel to survey shipping channels.

Australian military relief ship the HMAS Adelaide is also standing by in Brisbane.

It is Canberra’s “hope and intent” the ship will depart for the island kingdom Friday, an Australian official said.

China has also said it will send emergency supplies.

Meanwhile, there are also fears for the island’s food supplies, with a tearful national assembly speaker Fatafehi Fakafanua saying “all agriculture is ruined”.

The eruption was one of the most potent in decades, releasing a pressure wave that traversed the planet, traveling at supersonic speeds of about 1,230 kilometers per hour, New Zealand’s National Institute of Water and Atmospheric Research said.

It broke a vital undersea communications cable linking Tonga with the rest of the world and leaving Tongans overseas scrambling to contact loved ones.

It is expected to be at least a month before the undersea cable connection is fully restored.

The Red Cross finally reached its team in Tonga via satellite phone Wednesday. The organization sent an emergency team to the hard-hit islands of Mango, Fonoifua and Namuka.

A 65-year-old woman in Mango was one of three people confirmed dead, along with a 49-year-old man and a British national. Multiple injuries were also reported.

Neighboring countries have relied on surveillance flights and satellite images to assess the scale of the disaster.

The latest images showed vast areas covered in ash, roads inundated, walls toppled and buildings smashed, as well as open water where most of the volcanic structure stood above sea level before the eruption.