Lacson: Corrupt politicians should be held accountable, not idolized 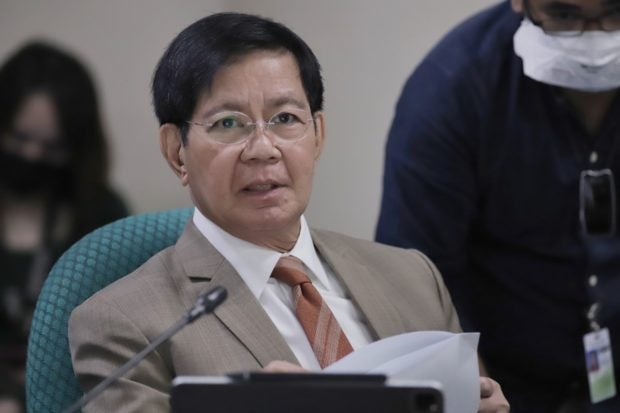 MANILA, Philippines — Senator Panfilo Lacson said corrupt officials should not be given a redemption arc and idolized as they should be held accountable instead for plundering public funds.

Lacson said a sense of accountability seemed to have been lost over time, noting that some Filipinos have already been desensitized by corruption issues involving public officials.

(We seem to have lost that sense of accountability. Over time, we have learned to shrug our shoulders over issues of corruption. Some of us even idolize the supposed public servants who got rich through questionable means.)

According to Lacson, who is running for president in the elections this May, the first step in combatting corruption is implementing a standard policy against erring government officials and restoring a culture of accountability.

Lacson said that if he is elected president, he will waive his rights under the Bank Secrecy Act in a bid to promote transparency in government. He also pointed out that if the issue of corruption among government officials is solved, as much as 50 percent of the nation’s problems are solved.

He said he will also encourage his Cabinet members and bureau directors to likewise waive their rights under the bank secrecy law.