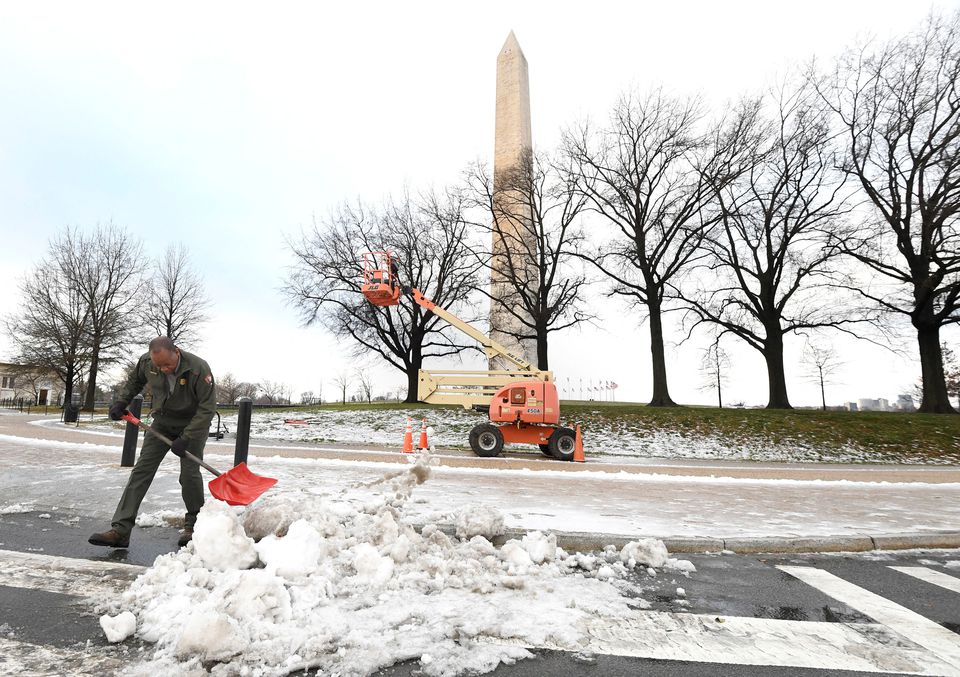 A winter snowstorm creeping up the East Coast of the United States into Canada on Monday was expected to dump more than two feet (60 cm) of snow in some areas, grounding planes and stranding motorists.

More than 4,200 flights in the United States were canceled or delayed on Monday, according to FlightAware. Nearly 90,000 homes and businesses between Georgia and Maine lacked electricity, according to PowerOutage.US.

Traffic was snarled in Toronto, Canada’s largest city, as the snowstorm brought visibility to near zero, shut subway lines and left motorists stranded on local highways for hours.

Buses were at a standstill and passing pedestrians helped push cars up a street at a main commuter route in central Toronto. The region was predicted to get up to 2 feet of snow, and an extreme weather warning was in effect. Authorities asked residents to stay off the roads.

In neighboring Quebec, the weather caused traffic accidents, including pileups involving dozens of vehicles that forced authorities to close some highways, according to the Canadian Broadcasting Corp (CBC).

Ashtabula, Ohio, on Lake Erie, recorded 27 inches of snow, according to the National Weather Service, while parts of New York state, Pennsylvania and North Carolina received more than 20 inches.

Atlanta saw its first snow in four years, according to the NWS, and some regions in North Carolina had record snowfalls.

As the storm swept north, northern Maine and New Hampshire were still due for another 2 to 4 inches of ice and snow Monday evening, the weather service said. Blustery conditions were predicted across much of the region into Tuesday.

Winter storm pounds Washington as it moves across US East Coast

Winter storm hits Washington as it crosses US East Coast