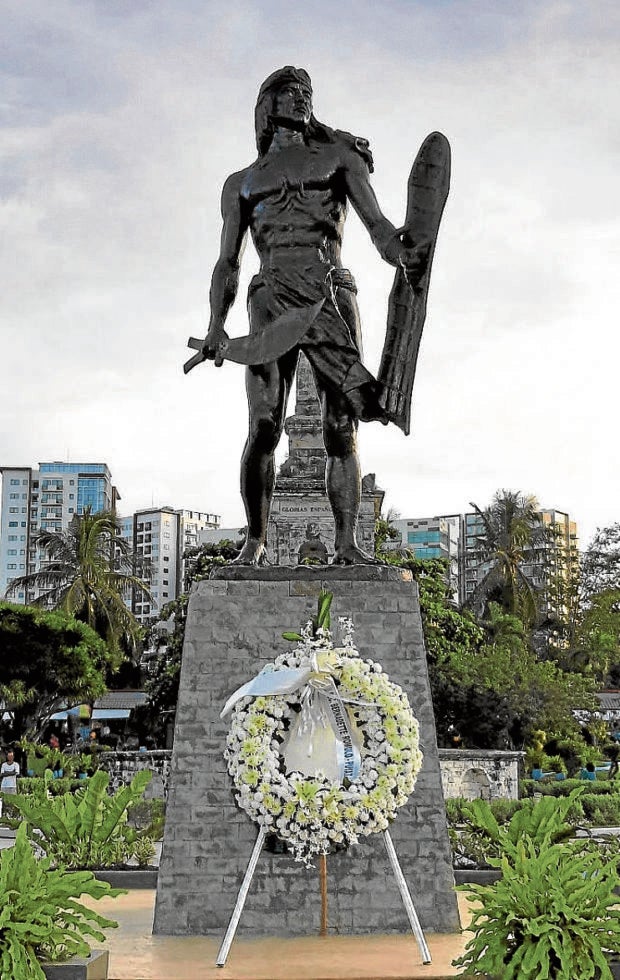 MACTAN CHIEFTAIN The 20-meter statue of Mactan chieftain Lapulapu will be transferred to the proposed museum that will be built in his honor in Lapu- Lapu City. —CONTRIBUTED PHOTOS

MANILA, Philippines — President Rodrigo Duterte wanted a bigger and higher statue of Filipino hero Lapulapu in Cebu than the statue of Portuguese explorer Ferdinand Magellan who the native chieftain defeated in the Battle of Mactan.

Magellan famously ended his voyage when he was killed following a clash with Lapulapu. However, only a shrine and not a statue was built in honor of Magellan for bringing Christianity to Philippine shores in 1519.

The statue of Lapulapu and Magellan shrine were situated a short distance from each other at the Mactan Shrine, where the historic Battle of Mactan was believed to have taken place in 1521. Also called Liberty Shrine, the Mactan Shrine was ordered built by former President Ferdinand Marcos in 1969.

During his address to the nation on Monday night, Duterte expressed his desire to have the first Filipino hero’s 20-meter statue bigger than Magellan’s.

“I respect whoever whose opinion or decision was that but I am very uncomfortable to see the statue of Lapulapu smaller,” the president said during his address to the nation that aired Tuesday.

(I said, if I become president, I will change it.)

Duterte then asked acting presidential spokesperson and Cabinet Secretary Karlo Nograles to tell the National Historical Commission of the Philippines to look into his request.

Nograles responded that a bigger Lapulapu statue was already unveiled.

(Mr. President, during the quincentennial celebration, we unveiled Lapulapu’s statue. Executive Secretary Medialdea, Senator Bong Go, and I represented you at that time. It’s now bigger.)

However, Duterte insisted on his request for a bigger Lapulapu statue.

“As a matter of principle, I do not want na ‘yung ating (our) national hero number 1, who fought the invaders [and] Magellan, whose statue now is higher than the statue of Lapulapu,” he said.

“The thing is I want Lapulapu bigger and higher than Magellan,” continued the president.