Last year was the world’s sixth-warmest on record – U.S. scientists 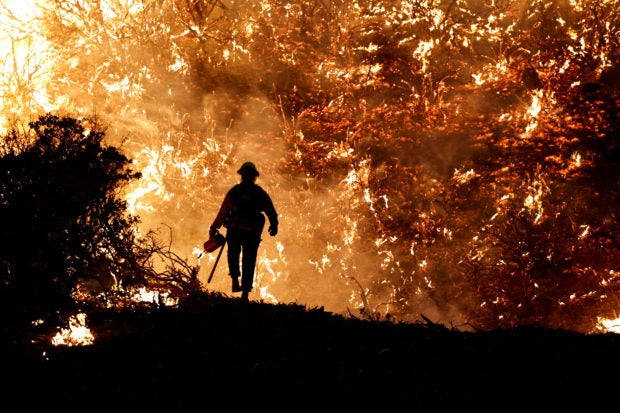 Last year ranked as the sixth-warmest year on record, causing extreme weather events around the world and adding to evidence that the globe is in a long-term warming trend, according to an analysis released on Thursday by two U.S. government agencies.

The data compiled by the U.S. National Oceanic and Atmospheric Administration (NOAA) and NASA also revealed that the last eight years were the eight hottest and the last decade was the warmest since record-keeping began in 1880, officials said.

“It’s certainly warmer now than at any time in at least the past 2,000 years, and probably much longer,” Russell Vose, chief of the analysis and synthesis branch of NOAA’s National Centers for Environmental Information, said on a call with reporters.

He added that 2022 would almost certainly rank among the 10 warmest years on record. The warming in 2021 occurred despite the presence of La Nina in the eastern Pacific Ocean, a cooling trend that generally lowers global temperatures.

Last year’s extreme heat wave in the U.S. Pacific Northwest, intense rains from Hurricane Ida and flooding in Germany and China were linked to global warming, the agencies said.

A key indicator of climate change, the amount of heat absorbed and stored by the world’s oceans, reached a record level in 2021, the agencies said. Oceans absorb more than 90% of the excess heat trapped in the earth’s atmosphere by greenhouse gases, and those warmer waters influence weather patterns and changes in currents.

“What’s scientifically interesting about that is it tells us why the planet is warming,” Gavin Schmidt, director of NASA’s Goddard Institute for Space Studies, said in an interview. “It’s warming because of our impacts on greenhouse gas concentrations.”

Greenhouse gases such as carbon dioxide are emitted into the atmosphere by burning fossil fuels like oil and coal.

According to NOAA, 2021 average temperatures were 1.51 degrees Fahrenheit (0.84 Celsius) above the 20th century average, putting it just ahead of 2018. NASA’s analysis, which uses a 30-year baseline period, showed 2021 temperatures tied with 2018 as the sixth-warmest year.

The two agencies produce separate analyses to bolster confidence in their conclusions, they said.

The 2015 Paris climate agreement commits countries to limit the global average temperature rise to well below 2 degrees Celsius above pre-industrial levels and to aim for 1.5 degrees Celsius.

Last year the greatest warming occurred in the Northern Hemisphere, both on land and in the Arctic. The Arctic is warming more than three times faster than the global mean, the agencies said.

In an overview of its report earlier this week, NOAA said last year was the fourth-warmest on record for the United States.