‘Da King’ on the map: QC now has FPJ Avenue 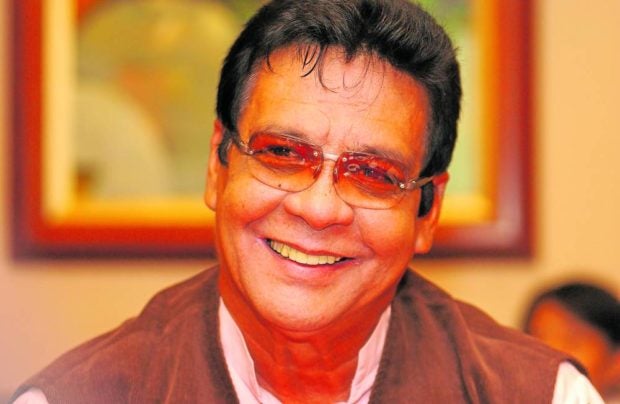 President Rodrigo Duterte has signed a law renaming Roosevelt Avenue in Quezon City as Fernando Poe Jr. Avenue, after the late actor and presidential candidate known as the “king of Philippine movies.”

Republic Act No. 11608, signed last Dec. 10, also authorizes the Department of Public Works and Highways (DPWH) to implement the law, which takes effect 15 days after publication in the Official Gazette or a newspaper of general circulation.

Poe was the husband of actress Susan Roces and the father of Sen. Grace Poe.

In a statement, Roces expressed gratitude to the President and Congress. “Thank you for the recognition and appreciation that you bestowed on my husband in naming FPJ Avenue after him. May FPJ’s humility, care for others, and love of the arts serve as inspiration to everyone who walks on this avenue,” she said.

Poe, born Ronald Allan Kelly Poe, began his career in show business as a stuntman and eventually became a multiawarded star of action movies. Popularly known as “FPJ,” he was also a film director and producer, screenwriter and philanthropist.

He ran in the 2004 presidential election that saw then President Gloria Macapagal-Arroyo winning by a margin of more than 1 million votes over his. He filed an electoral protest, and was beginning to emerge as an opposition figure in Arroyo’s administration when he died of a stroke at the age of 65 on Dec. 14 of the same year.

Poe was posthumously named national artist for film in 2006.

Poe grew up on that road where his family’s ancestral home used to stand. The property was sold after his father, Fernando Poe Sr., passed away.

It was named after US President Franklin D. Roosevelt, who signed the Tydings-McDuffie Act in 1934 that established the Philippine Commonwealth and set a 10-year transition period to full independence.

Likewise signed by the President was Republic Act No. 11604 mandating the full rehabilitation and maintenance of the 33.534-kilometer Kennon Road under the DPWH.

The DPWH is tasked to evaluate and assess the current condition of Kennon to identify the engineering works required, and to conduct a feasibility study to plan the extent and duration of its rehabilitation into an “all-weather” road.

Upon completion of Kennon’s rehabilitation, the DWPH shall be responsible for its maintenance to ensure that it remains “safe and optimally serviceable,” according to the law.

Kennon, which stretches from Rosario, La Union, to Baguio City, the Philippines’ summer capital, was built in the early 1900s during the American regime. It was named after the project leader, Col. Lyman Walter Vere Kennon of the US Army Corps of Engineers.

It is the shortest route to Baguio for travelers from Metro Manila and Central and Southern Luzon.