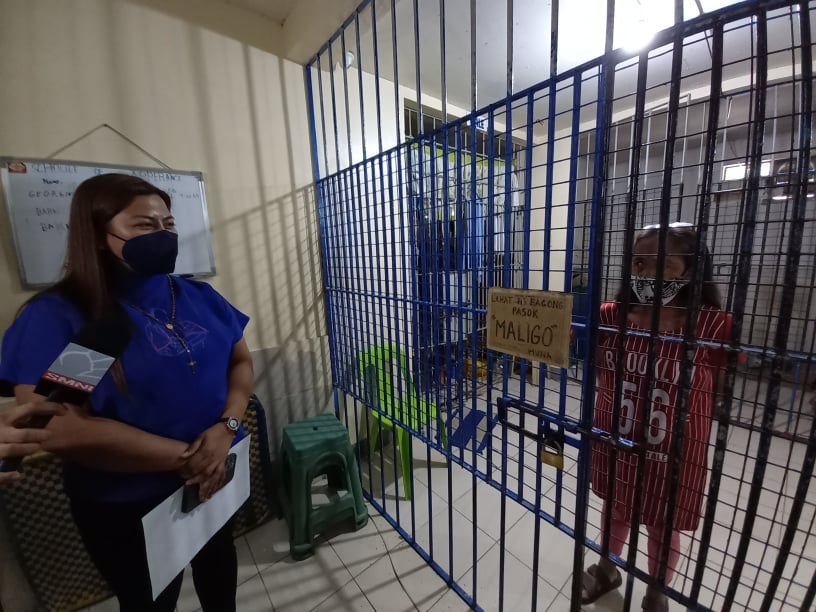 Assistant Secretary Goddes Hope Libiran of the Department of Transportation confronts her jailed helper accused of stealing her jewelry. (Photo by Yolanda Sotelo)

MANGALDAN, Pangasinan — Police arrested on Wednesday the house helper suspected of stealing a jewelry collection of Assistant Secretary Goddes Hope Libiran of the Department of Transportation.

But Lt. Col.Vicente Castor, town chief of police, said the suspect was held for another robbery complaint filed in Laguna province.

Castor said the police received information that the suspect, who goes by the name Marilou Morales, was hiding in Gueguesangen village.

“We verified the information and found that she had a warrant of arrest through the E-warrant,” Castor told the Inquirer. The suspect did not deny the allegations.

Libiran, who went to the police station, told the suspect that she trusted her and that what she did was “wrong.”

“You stole even the jewels that I would give my child. You have done this several times, not only to me,” Libiran told the suspect during a brief talk.

Libiran estimated the value of the stolen jewelry, which included rings, diamond earrings, an Apple watch, a techno-marine watch, and others to reach P1.2 miĺlion.