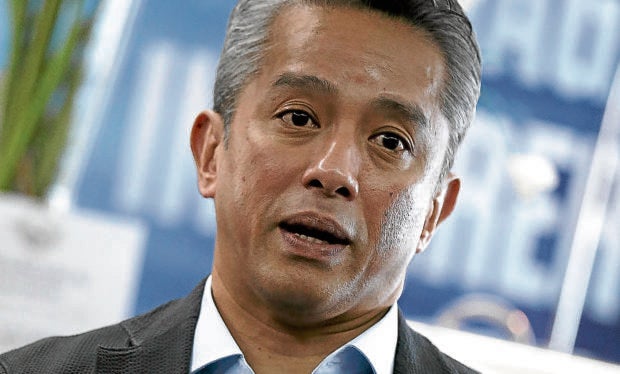 FILE PHOTO: Cavite Gov. Jonvic Remulla answers questions about the Sangley Point International Airport during an interview with the Philippine Daily Inquirer in Makati City on February 5, 2020. INQUIRER/RICHARD A. REYES

MANILA, Philippines — Cavite Gov. Jonvic Remulla has been trending on social media after he launched an “informal” online presidential survey and then deleted it.

Netizens have pointed out that the post has been deleted after a particular aspirant appeared to be leading by a landslide in the informal poll.

According to Remulla, his team was “beta testing a new strategy on online polling” and wanted to compare their scientific survey with online results.

“Inadvertently, my assistant put it in public settings. It was my mistake,” Remulla said in a text message to INQUIRER.net on Thursday.

“My fault and I meant no harm,” he added.

Based on the screenshots, the informal online presidential survey has garnered more than 20,600 votes.

Read Next
US House panel seeks testimony from Republican leader about Capitol attack
EDITORS' PICK
Acer starts the year off strong with the Aspire Vero National Geographic Edition
Gov’t eyeing COVID-19 tests in pharmacies
Gear up and get ready to play with Yamaha Mio Gear
31,173 new COVID-19 cases push PH’s active tally to 275,364
Municipal court in Pangasinan sets arraignment for ‘Lolo Narding’
Mobile COVID-19 vaccination for commuters, transport workers set at PITX
MOST READ
Imelda Marcos trends on Twitter after octogenarian jailed for allegedly stealing mangoes
Octogenarian jailed for ‘stealing mangoes’ freed after people chip in for bail
If elected VP, Sara Duterte will push for mandatory military service for all Filipinos
Help pours in for octogenarian jailed for ‘stealing’ mangoes in Pangasinan
Don't miss out on the latest news and information.