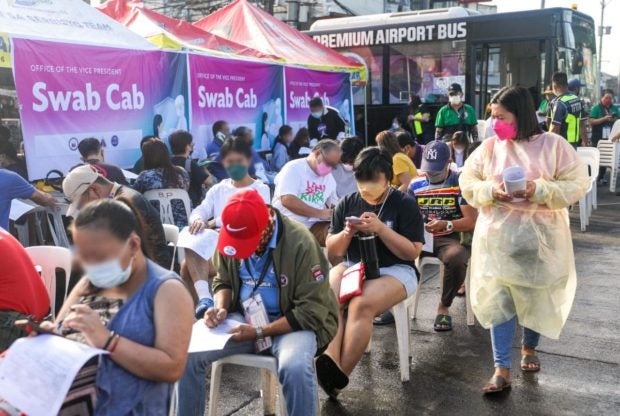 Hundreds of Novaliches residents availed of free COVID-19 tests offered by the Swab Cab program of the Office of the Vice President amid the surge in infection believed driven by the Omicron variant. Image from Facebook / Leni Gerona Robredo

MANILA, Philippines — Metro Manila is facing an “Omicron severe outbreak,” with the average daily attack rate (ADAR) of COVID-19 cases in the area recorded at 111.80, according to OCTA Research.

In a tweet Thursday, Octa Research fellow Dr. Guido David shared a table showing the number of new cases and the ADAR among highly-urbanized cities.

ADAR refers to the average number of new cases in a period out of every 100,000 individuals.

“Omicron Severe outbreak – NCR,” according to the table.

“An acceptable attack rate is below 10,” he added.

Other cities also at risk

Of the currently sick, the Department of Health said the majority or 97.8 percent have mild or no symptoms.