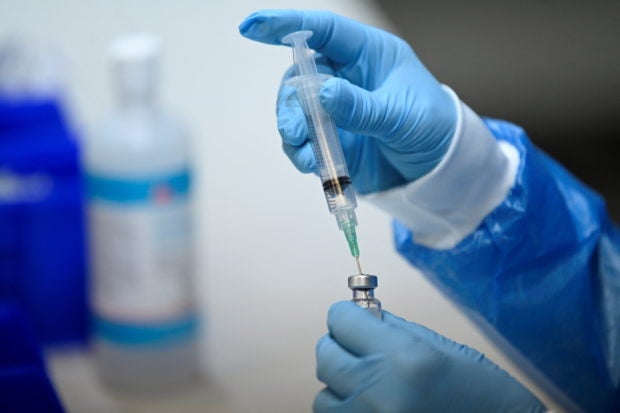 The Pfizer-BioNTech vaccine is prepared in a vaccination clinic at the Palais des Congres, as efforts continue to help slow the spread of the coronavirus disease (COVID-19), in Montreal, Quebec, Canada March 15, 2021. (REUTERS)

TORONTO  – A proposal by Quebec to tax unvaccinated people may be lawful but may also go against the spirit of Canada’s universal public health system, rights and medical experts said on Wednesday.

While his government would not say Wednesday how the tax would be levied, when or against whom, Canada’s Civil Liberties Association said it could violate Canadians’ fundamental rights, while health advocates expressed concern about its broader implications.

“I’ve not seen anything like this in Canada before. I’m worried about the precedent it would set,” said Danyaal Raza, a doctor with Unity Health in Toronto and former chair of Canadian Doctors for Medicare.

Facing a provincial election in October, his government’s response to the pandemic thus far has met with approval from 65% of Quebeckers surveyed, according to a Leger poll released this week.

But the province’s public health director stepped down earlier this week, prior to the tax plan announcement, citing an “erosion” of public trust in anti-pandemic measures.

Asked on Wednesday about the plan, Prime Minister Justin Trudeau said he “received that proposal with interest” but would not weigh in on it, saying he needed more details.

Canada’s public health system is underpinned by the Canada Health Act, meant to guarantee universality and accessibility, among other things. It precludes user fees for insured services.

Quebec’s tax could be framed as a “sin tax” similar to that placed on alcohol and cigarettes or as a tax on a health risk factor like private insurers charge, Raza said.

As such, it might not violate Canada’s Health Act but that did not mean it was a good idea, he said.

Cara Zwibel, acting general counsel for the Canadian Civil Liberties Association, said it might however violate Canada’s Charter of Rights and Freedoms if viewed as “a way of compelling people to get vaccinated”.

It was not clear if the tax’s goal is to convince more people to get vaccinated or to finance health care, she said.

McGill University biomedical ethicist Phoebe Friesen was concerned the logic of taxing unvaccinated people could be extrapolated to other behaviors seen as driving health spending – obesity, for example – but that are tied to marginalization.

“If you want to be consistent and logical, you should charge all sorts of people for their hospitalization if it’s based on behavior that they’re ‘responsible’ for,” she said “… And it’s incredibly tricky to figure out what that looks like.”