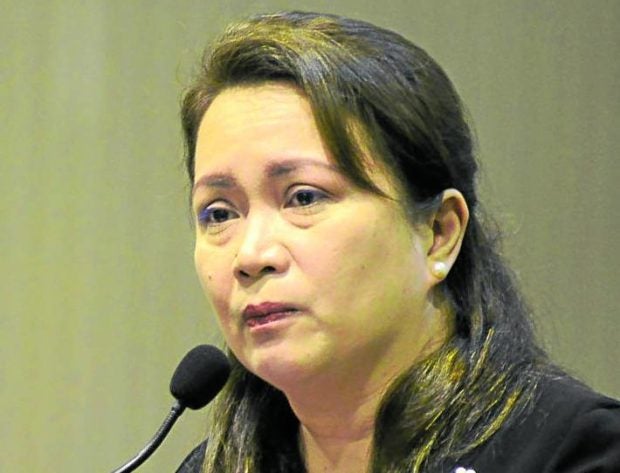 DAVAO CITY, Davao del Sur, Philippines — Maria Belen “Mabel” Sunga Acosta, a city councilor for close to 18 years and among the loyal followers of President Rodrigo Duterte, has been appointed chair of the Mindanao Development Authority (MinDA), after its head, former Agriculture Secretary Emmanuel Piñol, resigned to run for the Senate in the 2022 elections.

Acosta, who used to describe herself as the first politician from a family of educators, hosted the city government-sponsored Sunday program, “Gikan sa Masa, para sa Masa” on ABS-CBN when in one of the episodes, Duterte, who was then the former city mayor, convinced her to run for councilor.

Her victory in the 2001 elections started her career in politics.

Acosta, 56, bade her colleagues at the city council farewell on Tuesday, following the Malacañang announcement naming her as the new chief of MinDA, the main government body tasked with initiating and coordinating peace and development programs in Mindanao.

“As I leave this august chambers, I bring with me a wealth of wisdom and experience acquired during my service to the people of Davao City which, hopefully, would be beneficial to the people of Mindanao,” said Acosta, who, in 2009, was named by the Philippine Councilors’ League among the outstanding local legislators in the country.

Although it was the late President Corazon Aquino who established Medco in 1992, it was only during the term of then-President Fidel Ramos that the office started operation.

On Feb. 10, 2010, then-President Gloria Macapagal-Arroyo institutionalized the council by signing Republic Act No. 9996 and renaming it as MinDA, with its chair having a fixed term of six years. MinDA is also the country’s lead agency for cooperation in the Brunei Darussalam-Indonesia-Malaysia-Philippines East Asean Growth Area.

Lao said Acosta’s experience as a city councilor would help as “she takes on a bigger task as Cabinet secretary because she has to deal with other government agencies on a national level.”