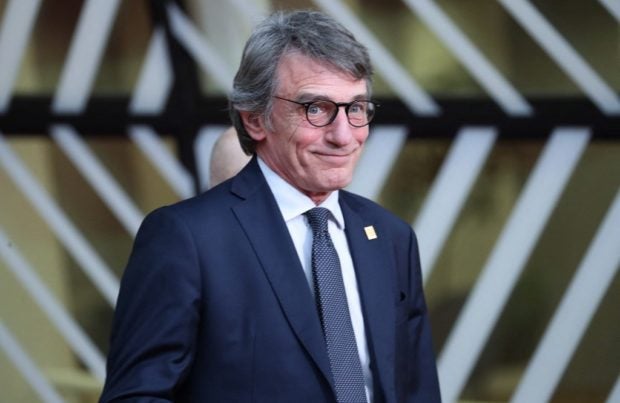 BRUSSELS/ROME — European Parliament President David Sassoli, an Italian socialist and former journalist, died on Tuesday in hospital in Italy, his spokesperson and office said. He was 65.

Sassoli had been admitted to hospital last month because of a “serious complication” related to his immune system, his office had said on Monday.

He had been president of the 705-seat parliament since July 2019. Sassoli, whose term in the predominantly ceremonial role had been due to end this month, had said he would not run for re-election.

Maltese lawmaker Roberta Metsola, from the conservative European People’s Party (EPP), is widely expected to be a candidate for the post.

“David Sassoli was a compassionate journalist, an outstanding President of the European Parliament and, first & foremost, a dear friend,” she said on Twitter.

“Saddened to hear of the death of EP_President David Sassoli, a strong voice for democracy and NATO-EU cooperation,” he said in a tweet.

“Sassoli was a symbol of balance, humanity and generosity. These qualities have always been recognised by all his colleagues, from every political position and every European country,” Draghi’s office said in a statement.

Former Prime Minister Enrico Letta, who heads the Democratic Party, called Sassoli “a person of extraordinary generosity, a passionate European … a man of vision and principles”.

In his inaugural speech, Sassoli had urged Europeans to counter the “virus” of extreme nationalism and called for a reform of EU rules on migration and political asylum.

Due to illness, he had been unable to chair the Strasbourg-based parliament in recent weeks and had missed the European Commission’s annual state of the union event in September.

Sassoli started his career as a newspaper journalist before joining Italian state broadcaster RAI, where he became a household name delivering the main evening news.

He switched to politics in 2009, joining the centre-left Democratic Party and easily won election to the European Parliament.

After a failed bid to become mayor of Rome, he focused his attention on European politics, working his way up to become president of the EU parliament in 2019.

He was stricken low with pneumonia in September 2021, forcing him to spend several weeks in hospital. He never regained full strength and had to return to hospital in December after suffering severe problems with his immune system.

Italian socialist Sassoli to be president of EU Parliament