Italian socialist Sassoli to be president of EU Parliament 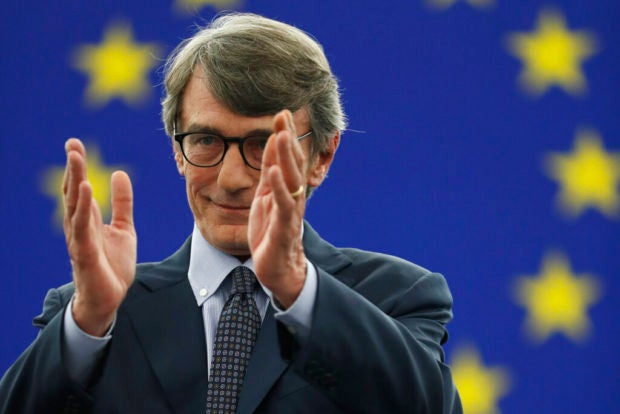 Italy’s David-Maria Sassoli applauds after being elected President of the European Parliament in Strasbourg, eastern France on July 3, 2019. AP

In the second round of voting at the Strasbourg-based legislature, Sassoli received 345 votes, well over the absolute majority required of the 667 available.

Conservative Jan Zahradil from the Czech Republic got 160 votes, while the German Greens leader Ska Keller received 119 and the Spanish left-wing candidate Sira Rego trailed with 43.

The European Parliament has an array of powers within the EU including given its ascent to the others that EU leaders picked for its top jobs.

None are more important, perhaps, than deciding whether to back German defense minister Ursula von der Leyen as the next president of the EU’s executive Commission president, replacing Jean-Claude Juncker.

On Tuesday, EU leaders also nominated Belgium’s Prime Minister Charles Michel to lead the European Council, which brings together the leaders of the member states. And Frenchwoman Christine Lagarde was tapped to be president of the European Central Bank and Spain’s Josep Borrell the bloc’s foreign policy chief.

All were linked in one big compromise arrangement and voting down Sassoli would have upset the political balance of the drawn-out and complicated process.

“You have a strong European Parliament standing by your side,” said EPP parliamentary leader Manfred Weber, who is slated to take over in 2-1/2 years based on the leaders’ top job agreement.

Sassoli, 63, is a journalist turned politician who has been in the European Parliament since 2009. /ee